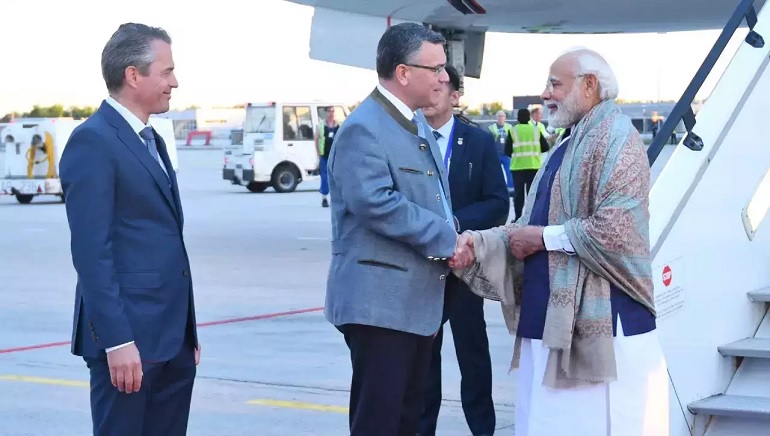 On Sunday, Prime Minister Narendra Modi arrived in Munich, Germany to attend the G7 summit on June 26 and 27. Mr. Modi was invited by German Chancellor Olaf Scholz to visit the country that is holding and chairing the G7, a meeting of the world’s seven richest nations.

Ahead of the summit, Mr. Modi said that he was looking forward to “fruitful discussions” along with other world leaders on topics like climate, food security, energy, environment, counter-terrorism, gender equality, and democracy.

During a meeting on the sidelines of the G7 Summit, Narendra Modi met with Argentinean President Alberto Fernandez in Munich and discussed all aspects of bilateral relations.

He also said he looks forward to meeting Indian Diaspora members throughout Europe, who contribute immensely to their local economies as well as enriching India’s relations with Europe.

He addressed the Indian diaspora in Munich and said, “Today is June 26 which is also known as the day when India’s democracy that’s is in the DNA of every Indian was trampled and suppressed 47 years ago. Emergency was a black spot on the vibrant history of India’s democracy”.

Germany has also invited Argentina, Indonesia, Senegal, and South Africa as guests to recognize the democracies of the global south as its partners.