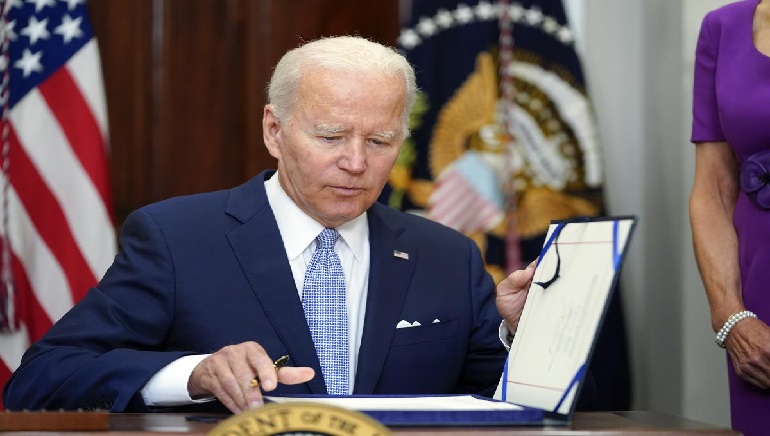 In a historic move, US President Joe Biden signed the most sweeping gun violence bill in decades. A bipartisan compromise was reached on Saturday that had seemed inconceivable until a series of mass shootings, including a massacre of 19 students and two teachers at an elementary school in Texas.

Citing the families of shooting victims, President said, “Lives will be saved. Their message to us was to do something. Well today we did”. According to a bipartisan group of senators, the deal “doesn’t achieve all I want,” but it “does include things I’ve long advocated for that are going to save lives.”

Following Senate ratification on Thursday, the House provided final approval on Friday, and Biden acted soon before departing Washington for two meetings in Europe. The proposal will toughen background investigation for the youngest gun purchases, prevent firearms out of the hands of much more domestic violence abusers, and assist jurisdictions in enacting red flag laws that make it simpler for police to seize weapons from dangerous suspects.

Earlier this week, the Supreme Court struck down a New York law that restricted people from carrying concealed weapons. Biden signed the measure two days later. Meanwhile, he will be hosting an event on July 11 for lawmakers and families affected by gun violence.