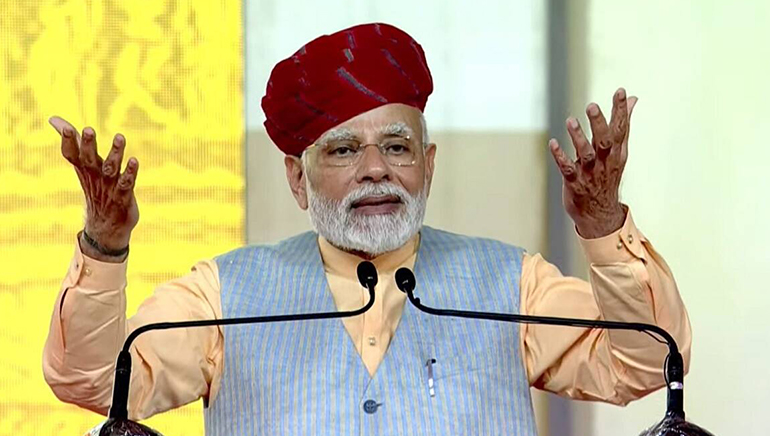 Modhera, located 25 km from the Mehsana district of Gujarat, and about 100 km from the state capital of Gandhinagar, is well-known for a centuries-old Sun temple built during the Chalukya.

While addressing a rally, Modi said, “We shall no longer pay for electricity, but will instead sell it and earn from it. Earlier, the government supplied power to residents; now, with the installation of solar panels, citizens will now produce their own electricity.”

“A new energy of growth has been infused in Modhera, Mehsana, and the whole region of north Gujarat. From electricity and water to road and rail. Many projects related to dairy, skill development, and healthcare have been inaugurated and foundation stones have been laid today,” Modi added.

The village has a ground-mounted solar power plant, and more than 1,300 rooftop solar systems with 1kW capacity have been installed on houses to produce electricity.

The central and state governments together have invested more than 80 crores in this solar-development project in two phases, with the state giving out 12 hectares of area for the project. The Gujarat government had said village people can save 60 percent to 100 percent on their electricity bills with this progress.