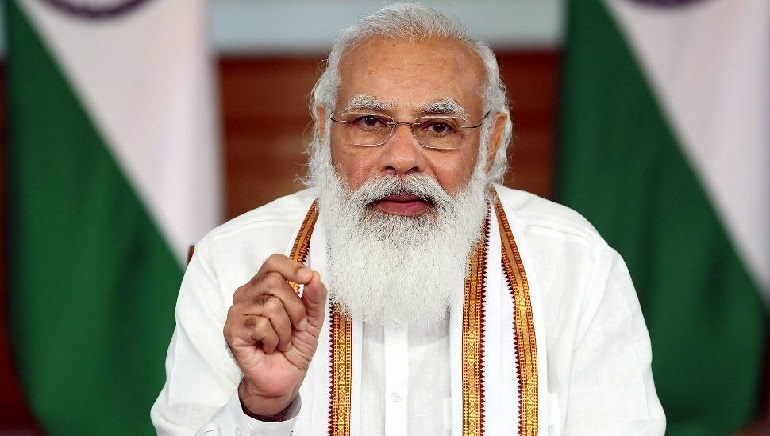 Prime Minister Narendra Modi urged industries to come up with local innovative solutions. He aims to reduce the dependency on imports and said that soldiers can achieve an edge on the battlefield only via indigenous efforts.

During the past 4-5 years, India’s defense import bill has been reduced by over 21%, and it is on its way to becoming a major weapons exporter. The PM challenged the industry and forces to be prepared for the challenges of the future.

He said this was made possible due to the energetic involvement of the private sector and startups. While addressing the naval seminar in New Delhi, PM Modi revived the process of inducting 75 indigenous technologies and said, “Innovation is critical and it has to be indigenous.” Imported goods can’t be a source of innovation. “

The means of warfare are moving beyond land, sea, and sky and into cyberspace, economics, and social domains and urge India to establish itself on the global stage. The country achieved exports worth Rs. 13,000 crore through the defense, majorly due to private industry.

According to him, the Indian Navy will play an increasingly active role in the Indian Ocean Region in the coming years, adding that the country is on its way to becoming a major exporter of weapon systems.