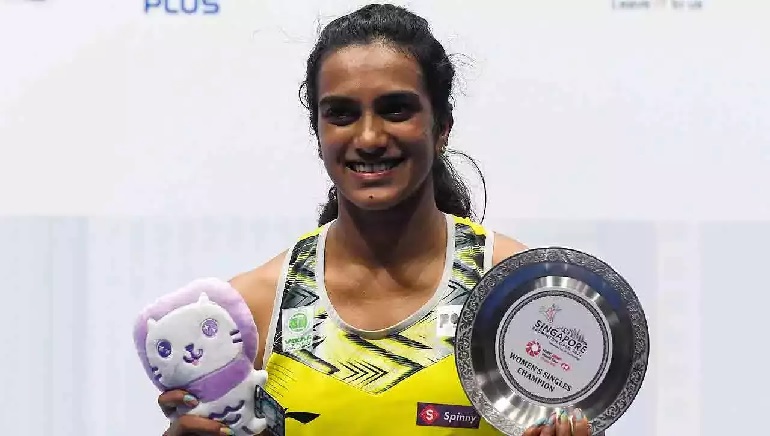 Ace Indian badminton player and Olympic medalist PV Sindhu clinched the Singapore Open 2022 title after overpowering China’s Wang Zhi Yi in the women’s singles final on Sunday. Playing on court 1, Sindhu won the match by 21-9, 11-21, and 21-15. She had an excellent start, winning the first game by an impressive margin. Zhi Yi rose to action in the next game, winning it by 11-21. In the final game, the top Indian shuttler kept her calm to claim it 21-15 and win the title.

PV Sindhu moved on to the finals of the women’s singles category by defeating Japan’s Saena Kawakami in the semifinals on Saturday. The match lasted for 58 minutes and showcased Sindhu’s dominance over the Japanese as she pulled off a victory in two straight games, 15-21 and 7-21. This is Sindhu’s third title of 2022 and her first Super 500 title this year.

Thereafter, in March, Sindhu claimed the Swiss Open 2022 women’s singles crown at St. Jakobshalle arena in Basel, by defeating the Thai Busanan Ongbamrungphan by 21-16, 21-8 in 49 minutes.