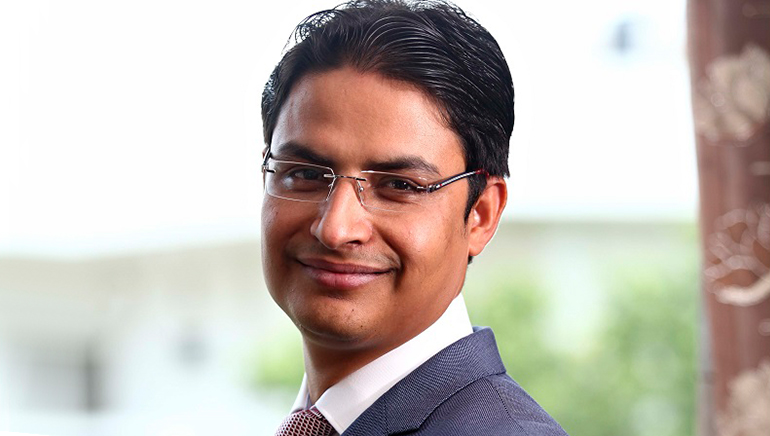 Mr. Bista’s perseverance, immense hard work and excellent leadership have led the company to achieve great heights. Under his guidance, it has established itself as an INR 5500 crore-conglomerate. His journey is greatly inspirational to people belonging to humble backgrounds who aspire to make it big based on their efforts and dedication. The son of a village schoolteacher, Mr. Bista began the journey ahead of him with a lot of passion. Being a dutiful child to his parents, he is still remembered for the thoughtfulness with which he took care of his daily chores and family life. His exceptional organizational skills were witnessed by all when he assisted his mother in carrying out the family business.

With his meticulous and unwavering devotion, he has been able to achieve unparalleled victory. The Group currently has 2.5 lakh retail outlets across India. Its success can be attributed to the whole-heartedness and adeptness of its leader.

Mr. Bista has been with Surya Group since a very young age. Over the last many years, he has grown along with the company. He received the relevant training and work experience from one of the best mentors in the business. Owing to his versatility and acute business acumen, he was entrusted with the responsibility to run Surya Foundation’s Adarsh Gaon Yojana very early in his career. This pan-India project was the brainchild of the Chairman of Surya Foundation and Padma Shri awardee Mr. J. P. Agarwal. Impressed with his ethical approach and immaculate diligence, Mr. Agarwal handed over the project to Mr. Bista, who then traveled extensively to take cognizance of the issues hampering development in the villages.

The project required him to identify and understand the problems the villagers faced and devise plans and strategies to enhance development at the grassroot level. The project continues to be close to his heart, which is why he continues to be at its helm despite the time constraints he faces as Managing Director.

A RENOWNED NAME IN EXPORTS

Since Mr. Bista assumed his role as Managing Director, Surya Group has seen a rise in the diversification of its segments. A business that has started with the steel and lighting segment, it has diversified to PVC pipes and fans, apart from home and kitchen appliances. Currently, Surya Group is among the top exporters of world-class products across 50 countries, generating an export value of Rs. 1000 crore.

A GEM OF A PERSON

His sincerity and unmatched capabilities have earned Mr. Bista a lot of recognition in the form of awards. He has been awarded the title of ‘Most Promising Business Leader of Asia’ by the Economic Times at the Asian Business Conclave, Kuala Lumpur, Malaysia, 2017. He is also the youngest President of ELCOMA — Electrical Lamp and Component Manufacturers Association.

A leader who prioritizes his social commitments, Mr. Bista is unwavering in his dedication to society. This multifaceted personality is also a distinguished representative of the esteemed Darjeeling Lok Sabha seat owing to his record win of over 4.17 lakh votes in the 2019 parliamentary elections. His sheer brilliance and hard work have enabled him to become an inspiration for many youngsters coming from different corners of India. His success story has empowered many young people to chase their dreams.