Richard Branson has successfully reached the edge of space 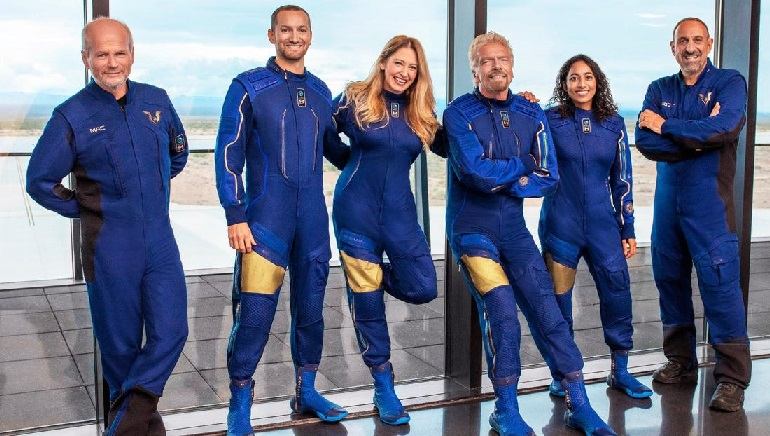 Richard Branson has successfully reached the edge of space

British Business Magnate Sir Richard Branson flew high above New Mexico in the United States in the passenger rocket plane, which his company tried to build for the last 17 years. This symbolic milestone venture was a fully crewed test flight to space. The 70-year-old Virgin group’s founder soared more than 50miles above sea level. 100Km above the sea level is the widely accepted boundary of space which is known as the Kármán line.

Branson’s own winged rocket ship was his boldest adventure yet and beat fellow billionaire Jeff Bezos on 11th July. He experienced the curvature of the Earth and three to four minutes of weightlessness after which he glided back home safely to a runway landing. After John Glenn (77) flew on the shuttle in 1998 Branson became the second septuagenarian to depart for space.

This history was witnessed by his wife, children and grandchildren along with other 500 people. SpaceX’s Elon Musk also arrived in Mexico to witness the flight and wished him “Godspeed!”. The billionaire Elon Musk is Branson’s Chief rival in the space-tourism race.

VVS Unity, a twin-fuselage carrier jet dubbed VMS Eve which was named after Branson’s late mother, was a gleaming white space plane that took off from Spaceport America, a state-owned facility near the town of Truth or Consequences.