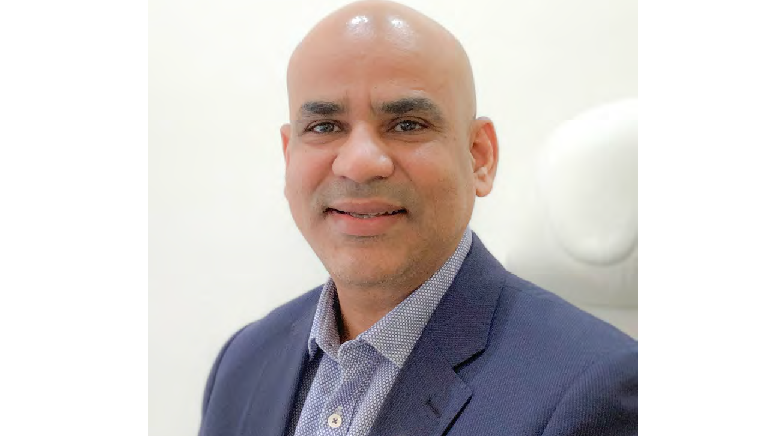 Pawan was born in Faridabad, Haryana to Chaggan Lal Sharma and Kusum Sharma and has 2 elder siblings Poonam Sharma and Rajani Dixit. He is married to Jannat Sharma and has a 9-year-old daughter Menaha Sharma. He has been with Tolaram Group since a very young age. Over the last many years, he has grown along with the company. Owing to his versatility and business acumen, he was entrusted with the responsibility to run West Africa operations for its CPG vertical. Pawan has come across as an embodiment of perseverance whose success story is an inspiration for umpteen aspirers who aim to make a mark for themselves. As he puts it, “As a person who has been a part of the CPG industry in Africa for more than 20 years, I’ve been a fortunate witness to the evolution of the market, and consumer behaviour trends. Ever since Pawan assumed his role as CEO-West Africa, the Group has seen a rise in the diversification of its segments. The business which started with one product in CPG category has diversified to more than 10 categories and 7 countries in West Africa.

Pawan’s entrepreneurial spirit has been the driving force and the reason behind the establishment of many successful brands. His education at the Harvard Business School has provided him with a global perspective and a multicultural approach towards work. He strongly believes that the only way to succeed in a developing market is through economic independence and self-sustenance. Owing to his dedicated efforts, today, Tolaram Group has emerged as one of the fastest-growing CPG companies in emerging markets and it’s changing the lives of millions through their offerings and fully backward integrated operations. A brand is not built in a day and enormous efforts are required in making it see the light of day. Describing the tremendous sweat and toil which went behind establishing so many popular consumer brands, he asserts, “I strongly believe that our brand’s success story defines us, just as much as our struggles to make the brand a success, which is why, to my mind very few stories have matched the magnanimity of the success that our brands owns.” With a humble beginning in the year 2000, Pawan rose to the leadership position in just 2 years and continued to lead the pack in terms of innovation and product quality.” Being extremely involved and enthusiastic about driving the growth of the group to the path to success, he elaborates, “I’m happy to be the hand that was chosen to rewrite history and make group a resounding success. In recent times, we’ve upscaled our portfolio to include beverages and personal care products, and have 20 manufacturing plants and serving more than a billion consumers.”

It is a universally acknowledged fact that a man’s true strength can be assessed by the way in which he deals with adversity. Besides talking about some of the challenges which Mr. Pawan faced, he also shares the techniques which he employed to overcome those challenges, “The market has evolved greatly over time and has grown exponentially in terms of the number of competitors, the expectations of the consumers and the calibre of both the talent and technology employed in product development and innovation facilities. It was, admittedly, an uphill task, but not something we couldn’t handle.

We realized early on that the success of any venture is the result of the single-minded and concentrated effort of an entire team of like-minded and passionate individuals which is aligned with the vision of Founders. So we started at the very base, got the right team on board, identified our strengths and played to them.

Our legacy of 2 decades brought the best of the best on board and set the ball rolling. We explored uncharted territory both in terms of the landscape to establish our facilities and the mindset of the team that led to some of our path-breaking innovations.” He addresses tough situations with fresh strategies that are purely guided by the mantra of ‘Passion and Commitment.’ He has always understood the importance of guiding values, empathy and liberty to dream.

BANKING ON THE SUPPORT SYSTEM

Pawan owes his happiness and success to a strong support system, “While I have been on the quest for innovation, my entire family has been a pillar of support that I could always lean on, especially my wife. My father and mother have inspired me in innumerable ways specially how not to give up to adversity and pave your success path from nothing. Banking on the efficient support system of his family, he elatedly expresses, “My wife & daughter always gave me that boost & support when I was entangled in solving business issues and spending long hours at work.”

He adds, “When it came to making hiring suggestions and decisions for talent to assist with back-office operations, choosing and deploying the right technology and IT resources to ensure a hassle-free production process, we always went for the best. We are implementing the SAP ERP model, for efficient resource management. With an efficient and competent R&D Team, we were able to tap into the evolving needs of the user base and devise innovative solutions to fulfil those needs.”

From the very beginning, Pawan has been more than just a CEO. Amidst the COVID-19 pandemic, he motivated the employees at Tolaram to contribute towards relief work. Serving and helping people with food for days, this support drive continued for over 6 months across the country. As an expression of gratitude, Tolaram gifted hampers to the frontline heroes, doctors, nurses and healthcare workers for their selfless service to the nation during the pandemic.

Pawan also ensured that even with reduced work hours the quality of service was never compromised. Continually bent on improving lives, Pawan has been leading by example and continues to inspire many more so that everyone in need of help is touched and benefited positively.

He asserts, “Our CSR initiatives are closely driven and largely motivated by our Founder’s sentiments, as a Tolaram family, we have always centered each of our initiatives around the act of giving. In 2015, the Group restructured into a trust and created a Tolaram Charity Foundation – a beneficiary of 25% of its profits.”