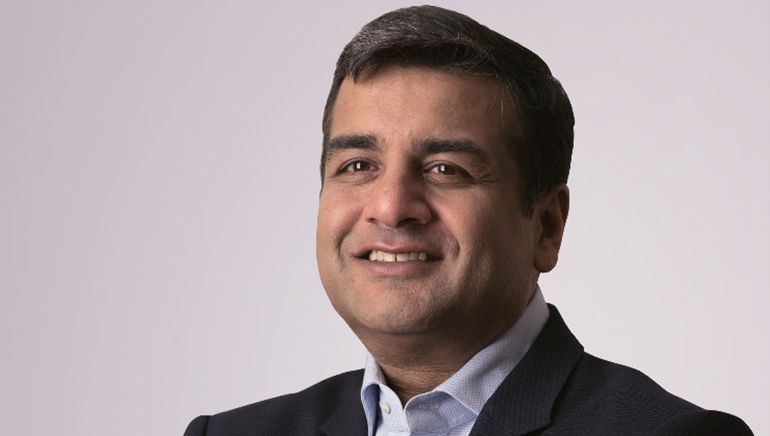 Behind every popular brand is a great leader. Samir’s entrepreneurial spirit has been the driving force and the reason behind the establishment of a brand as successful as ‘Modicare.’ He believes in the impossible, and his personal philosophy is known to move people to think alike. His education at the Harvard Business School has provided him with a global perspective and a multicultural approach towards work. Samir strongly believes that the only way to succeed in a developing nation like India is through economic independence and there lies the freedom to realize dreams. Following this belief, at the age of 25, Samir launched India’s first Direct Selling Company, Modicare Limited, with the vision of providing selfbelief for every Indian to attain their dreams of Financial Azadi. Owing to his dedicated efforts, today, Modicare Limited has emerged as one of the fastest-growing direct selling companies in India and is changing the lives of Indians through the Modicare Azadi Movement that is being joined by over 300,000 people every month.

RIDING THE WAVE OF SUCCESS

Understanding the contemporary consumer behaviour and trends in the Indian cosmetic product offerings, Samir established Colorbar Cosmetics in 2004 to match steps with international brands. Owing to his exemplary leadership as Managing Director, it has established itself as the third-largest cosmetics brand in an industry dominated by international giants and was recently honoured for breaking two Guinness World Records™ for having the most people to get their nails filed and varnished and for the largest nail polish pattern mosaic, respectively. Another brainchild of Samir is the 24SEVEN Convenience Stores – India’s first of its kind round-the-clock convenience retail chain, launched in 2005. Under his quintessential leadership as Founder & President, the chain has over 100 stores in Delhi-NCR region and Chandigarh.

As a leader, Samir was always driven by the principles of his grandfather and father, which have always persuaded him to achieve the unachievable. With this conviction, he launched Modicare Limited in 1996, under their guidance, and has driven the firm to uncharted territories of success with his mantra Soch Badlo, Khudko Badlo, Duniya Badlo. Modicare is a single product company with its core product being ‘Azadi’ that has been empowering millions of Indians to achieve not only financial Azadi but Azadi in every aspect of their lives, giving them the success and fortune through a revolution called Soch. The new ‘Soch,’ in Samir’s words, is for every Indian to believe in themselves and have the confidence to step out on their own, to change and challenge the environment, and in the process changing the face and fate of the country itself.

He also strongly believes in the philosophy of ‘Meraki’ — to do something with soul, creativity, and love; to put something of yourself in your work. He continues to leverage this philosophy by addressing tough situations with fresh strategies that are purely guided by the mantra of putting one’s heart in the approach towards work.

Samir has always understood the importance of nationalistic values, empathy and liberty to dream. With this thought, he has helped in changing the lives of millions at Modicare and has enabled them to realize their dreams of owing cars and houses by launching one of the highest paying plans – SMAP (Samir Modi Azadi Plan).

From the formulation of products to selling them, Samir has always been actively involved in every step. He provides a 100% satisfaction guarantee on every product and ensures an exceptional quality. At present, the brand offers over 250 products across 12 categories and each product reflects the ideology of Samir’s words, “Selling Gold at the Price of Copper,” an ideology that no other company has followed.

He is committed to empowering the consultants and actively participates in their trainings. He shares his vision and experiences via events popularly known as Jashn-E-Azadi, Atoot Bandhan, Azadi Champions of Modicare to name a few. These events have inspired and motivated thousands of consultants not only to join the brand but have also resulted in building their self-belief. Under his leadership, the company aims at reaching every nook and corner of the country. Currently, it has a national presence with its 7000+ Distribution Points and over 47 Modicare Lifestyle Centres and 2 Modicare Success Centres. As a result of his continuous efforts, Modicare has entered its silver jubilee year. His zeal to establish a successful and meaningful work environment bore fruit when the firm was recognized as 5th rank holder among India’s 50 great midsize workplaces by Great Place to Work® Institute and acquired a position amongst India’s 100 best workplaces for women.

From the very beginning, Samir was more than just a CEO. He took the responsibility of continuing the philanthropic legacy of his family and set up the Modicare Foundation in 1996, following the footsteps of his grandfather Sh. Rai Bahadur Gujar Mal Modi. The Foundation’s continued contribution won it the President’s Award for the girl child program in Delhi. It also runs a variety of programs that include Magic Bus and has recently taken over an MCD School in Delhi, with 8000 children.

Amidst the COVID-19 pandemic, he motivated the employees at Modicare Limited, 24SEVEN and Colorbar Cosmetics to contribute towards relief work run by the Modicare Foundation in a big way. Serving and helping people with food for days, this support drive continued for over 2 months across the country. As an expression of gratitude, under Samir’s leadership, Colorbar Cosmetics gifted Colorbar hampers to the frontline heroes, our doctors, nurses and healthcare workers for their selfless service to the nation during the pandemic. Samir also ensured that even with reduced work hours for 24Seven, the quality of service was never compromised. The Superheroes at 24SEVEN, i.e. the store staff, continued to work while risking their lives (with all personal safety requirements being met) to run these stores for the convenience of the society at large.

Continually bent on improving lives, Samir has been leading by example and continues to inspire many more so that everyone in need of help is touched and benefited positively.