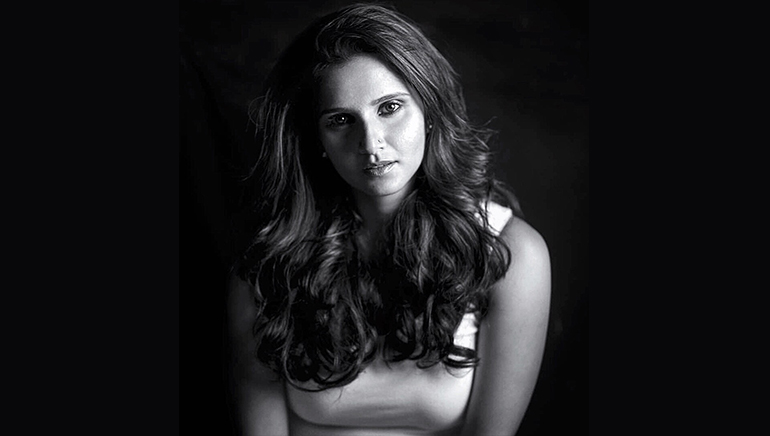 Born to a sports journalist, Imran Mirza, Sania was introduced to the game by her mother Nasima Mirza. Touted as one of the finest doubles players in the world and without doubt the finest women’s tennis player to have ever represented India, Sania Mirza’s achievements also include laurels like Arjuna Award, WTA Newcomer of the Year, Padma Shri, Rajiv Gandhi Khel Ratna, and the Padma Bhushan to name a few. She has won 13 medals for the country. Sania is the highest ever ranked singles player in the men and women category in the last 30 years and has been ranked as 27th in singles and the world number 1 in doubles.

Her remarkable journey is replete with memorable singles wins over Svetlana Kuznetsova, Marion Bartoli, & Vera Zvonareva. The world number one tennis doubles player acquired this position by recording notable triumphs over the existing toppers of the sport, which included Martina Hingis, Victoria Azarenka, & Dinara Safina. Her powerful strokes and effective style of playing made Sania one of the highest-paid & extremely successful high-profile public figures not only in India but internationally as well. As the first Indian woman to win six Grand Slam titles, she has set really high benchmarks.

Born and brought up in Hyderabad, Sania’s journey began at the age of six at Nizam Club Hyderabad. She received her initial training in tennis by C.K. Bhupathi, father of another tennis ace Mahesh Bhupathi, for the initial training. After obtaining professional tennis training from Sinnet Tennis Academy, Secunderabad, Sania joined the Ace Tennis Academy in the United States. As a junior tennis player, she won 10 singles and 13 doubles titles, which proved that she was meant to make it big in the realm of tennis. Since then, there has been no looking back for the champion. In February 2005, she defeated the ninth-seeded Alona Bondarenko in the A.P. Tourism Hyderabad Open finals. This enabled her to grab a WTA title, making her the first Indian woman to have achieved this feat.

Despite financial pressures and infrastructural constraints, she chartered her distinct course to success owing to her passion for the sport. While 2007 was the golden year for the tennis player as she was ranked the highest in her career as the 27th singles player in the world; the year 2008 brought a brief halt to the player’s career while she represented India in the Summer Olympics. She got eliminated from the singles tournament at the event because of a severe wrist injury. The injury led to her withdrawal from the famed tournaments. Although it was a major injury, she didn’t stop & continued with the doubles championships.

The ‘Pride of the Nation’, Sania Mirza has been featured by various national and international publications. An international magazine has named her as one of the ‘50 Heroes of Asia’. She was also listed among the ET’s ‘33 women who made India proud’. Time magazine listed her as one of the ‘100 Most Influential People in the World’ in 2016. Having played the singles, doubles & mixed doubles formats, she has chosen to share her wealth of knowledge and will join broadcasters Star Sports as an expert to analyze the day-to-day action of the ongoing Wimbledon for fans across the country.