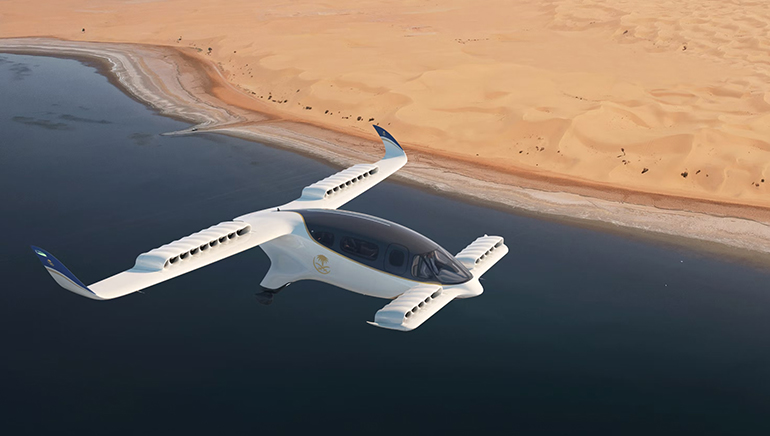 Saudi Arabian Airlines, Saudia has signed an agreement with German air taxi manufacturer Lilium to buy up to 100 of its aircraft for use on Saudia’s domestic network, the state carrier’s chief executive said on Wednesday.

Saudia CEO Ibrahim Koshy said the planes would be “a premium service” that could carry four to six passengers, adding “it shows Saudia’s commitment to sustainability because we’re talking about 100% electric aircraft and we are the first airline in the MENA region that’s introducing this as part of their network.” He added that certification by Saudi regulators is expected in 2025, and they have not yet finalized pricing because commercial terms have not been decided upon.

After the announcement, Koshy said in an interview, “in the course of this year, Saudia will be looking at an operational commercial network. “We’ll also be looking at the infrastructure that’s required.” The aircraft do not require airports because they are eVTOLs.

Koshy, speaking at Saudi Arabia’s flagship investment conference FII, on Tuesday, added that Public and private investors would have an opportunity to build such infrastructure.

Saudia is holding a conversation with planemakers Airbus and Boeing on orders for itself and a new carrier the kingdom plans to launch, provisionally named RIA.