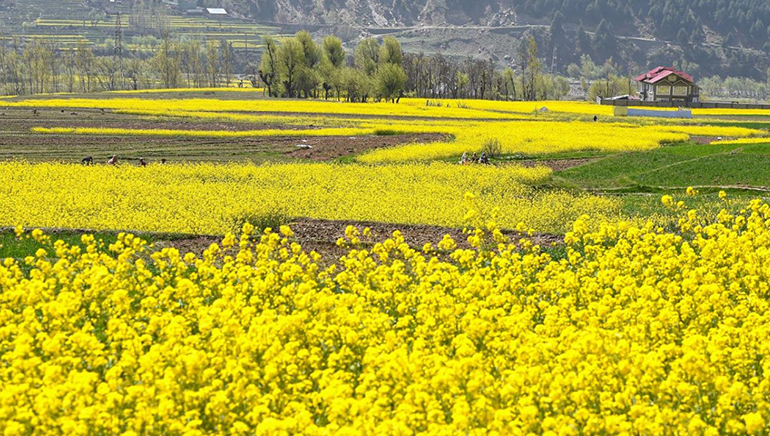 India has given environmental approval for indigenously developed genetically modified (GM) mustard seeds, experts said on Thursday, making the start for commercial use of its first GM food crop.

India is the world’s largest importer of edible oils, on which it spends tens of billions of dollars a year. More than 70% of its demand is met by Argentina, Brazil, Indonesia, Malaysia, Russia, and Ukraine.

“I can call it a landmark development,” said Deepak Pental, a geneticist and former vice-chancellor of Delhi University, who, along with his team, developed the seeds in an endeavor spanning more than ten years. He added that Commercial use of GM mustard seeds, however, would take a couple of years.

In a notice, the government confirmed the top-most level of clearance yet for the transgenic mustard crop, also known as rapeseed.

India is simplifying regulations for the development of genome-edited plants, the science and technology ministry said on Thursday, calling the technology full of promises, as it offers huge economic potential.

Prime Minister Narendra Modi has repeatedly encouraged farmers to boost domestic oilseed production to achieve self-reliance, a theme he has run after since coming to power.

Since first allowing GM cultivation with genetically modified cotton in 2002, India has not approved of any transgenic crop.