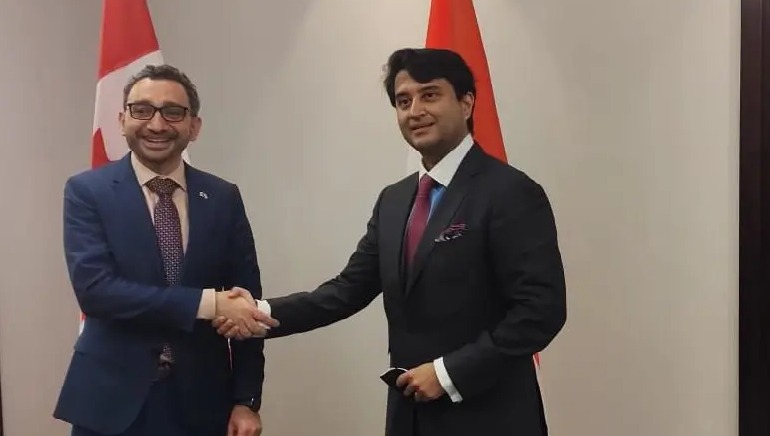 On Tuesday, India’s Union Civil Aviation Minister Jyotiraditya Scindia met his Canadian counterpart Omar Alghabra to discuss the open sky policy. Scindia was on a three-day visit to Canada which was the first bilateral visit by an Indian Cabinet Minister to Canada in two years.

Scindia said in an interview that the policy will be pursued “to promote greater facilitation from both countries in terms of connectivity. We outlined the next steps on our engagement with Canada”. According to him, he had “a very fruitful exchange” with Alghabra.

The next step as per the aviation minister involves and memorandum of understanding (MoU) “to be signed on civil aviation cooperation, which will give details of MRO (maintenance, overhaul and repair), helicopter emergency medical services, aircraft manufacturing, pretty much across the board”.

However, the MoU expired in 2019 which was signed in 2016. It needs to be revalidated and Scidia promised it will be possible in two weeks span. The new agreement will aim to deepen technical cooperation in the aviation sector. The Air Transport Agreement (ATA) was also on the agenda between the two countries.