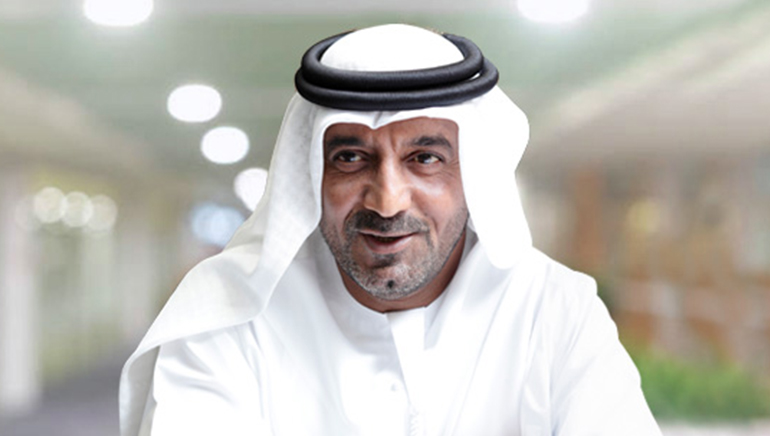 Sheikh Ahmed is the Chairman of Dubai Airports, President of Dubai Civil Aviation Authority, Chairman and CEO of Emirates Group comprising Emirates Airline and dnata. He launched Emirates as the world’s fastest growing international carrier with a fleet of more than 150 aircraft covering over 100 destinations across six continents. The airline has achieved a rare feat of recording impressive profit figures for 25 straight years. dnata is one of the largest combined air service providers in the world, serving over 300 airlines in 35 countries with efficient cargo and ground handling, catering and travel services, effectively transforming Dubai from an attractive global tourist destination with a mix of leisure and luxury to the world’s most promising global aviation and logistics
hub.

VISIONS OF THE TYCOON

Taking into account Dubai’s strategic proximity to Europe, Africa and Asia, Sheikh Ahmed identified aviation industry as the main growth engine potentially driving Dubai’s economy as a global center for trade, commerce and tourism.
Aviation sector today accounts for over 17% of Dubai’s total workforce and Sheikh Ahmed, the Two-time flag-bearer for the UAE at the Olympics, is credited with numerous landmark achievements that the world has watched with bated breath. He has been instrumental in developing Dubai International as the world’s fourth busiest airport for international passenger and cargo traffic with a network of over 220 destinations served by more than 150 airlines and launched flydubai that emerged as the second largest contributor to air traffic at Dubai International covering more than 45 destinations with over 820 flights a week. Several ambitious projects including launch of Dubai International’s Terminal 3 in 2008, Dubai Duty Free recording one of the biggest single airport retail operations in the world in terms of turnover with revenues of US$1.46 billion in 2011, opening up of Concourse A in 2013, intended to accommodate 90 million passengers at Dubai International were undertaken by him. Sheikh Ahmed is actively engaged in charitable work alongside holding a number of government positions and playing an increasingly pivotal role as the Chairman of Emirates NBD, Dubai’s largest bank and Chairman of Dubai World, the conglomerate that includes

Sheikh Ahmed, the face of the aviation industry in Dubai, has also received several international honors including the Legion of Honor, the highest French Civilian Award, Verfassungsportugaleser, one of Germany’s highest honors for outstanding services to the City of Hamburg and special recognition by the Royal Aeronautical Society, UK. In 2013, he was presented with an honorary Degree of Doctor of Science from City University, London – Cass Business School, in recognition of his outstanding leadership skills in aviation, entrepreneurship, banking and finance sectors in the UAE.

TAKE THE WORLD IN YOUR STRIDES

The man who put Dubai on the global aviation map envisions the upcoming Dubai Expo 2020, as a big time opportunity to mark an up cycle trend in aviation with an expected 70 million passengers flying on about 300 aircrafts while keeping an eye on alleviating congested airspace in the Middle East with air traffic management solutions sewn into the system.