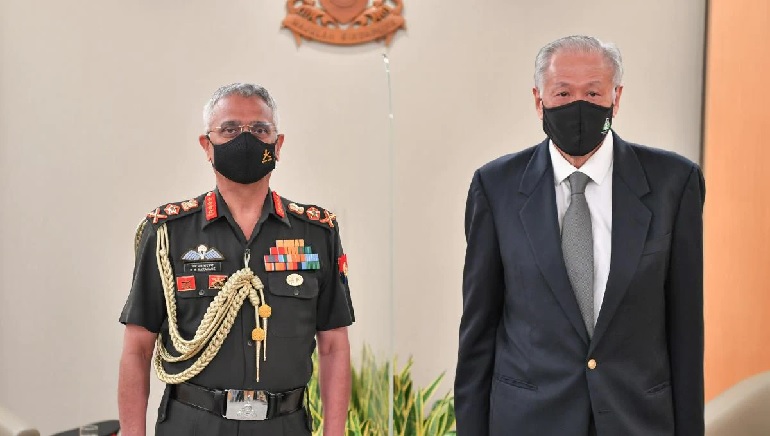 As per the Indian Army, the strong and long-standing bilateral defence relationship among the nations was re-affirmed in the meeting.

General MM Naravane is in Singapore for a three-day visit from April 4–6. During his visit, he was given an overview of the area’s cultural and historical significance.

The Chief of the Army Staff also met with Brigadier General David Neo, the Singapore Army’s Chief of Army, to discuss the strategy for enhancing defence cooperation between the two countries.

The Guard of Honour at the Ministry of Defence (MINDEF) in Singapore was also reviewed by the Chief of Army Staff (COAS). The COAS praised the Guard for their outstanding turnout and parade.

The Chief of Army Staff also paid a visit to the Battle Box Bunker at Fort Canning on Monday, which served as an emergency, bomb-proof command centre during WWII.