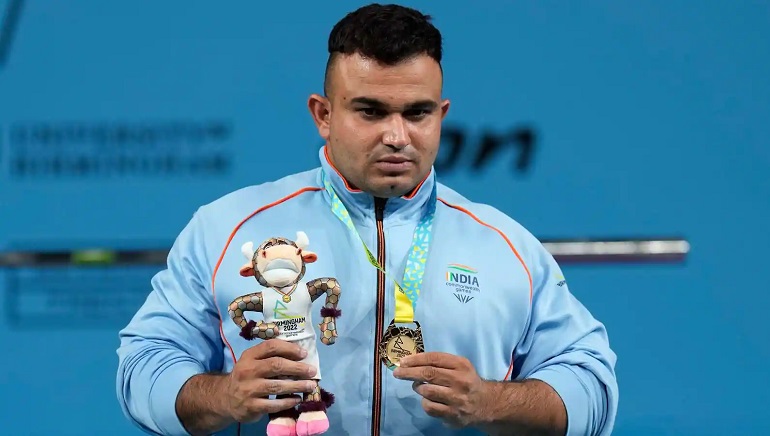 Para-powerlifter Sudhir won the men’s heavyweight final at the Commonwealth Games 2022, giving India its sixth gold medal. Sudhir gathered 134.5 points and broke the Games record by lifting 212kg in his second attempt after lifting 208kg during his first attempt. Sudhir attempted to lift 217kg during his third lift, a personal best, but was unsuccessful.

It was a high point for India’s para powerlifters, who had a rather disappointing day. Sakina Khatun and Manpreet Kaur failed to take the podium in the women’s lightweight division earlier in the day.

Sudhir hails from a farmer’s family in Sonipat, Haryana. He got polio at the age of four because of high-grade fever but this couldn’t affect his strong determination and focus. The weightlifter followed his all-time love to be a sports person and started his sporting career in 2013 where he won his first gold at the national level in 2016. The Asian Para Games 2018 marked Sudhir’s international debut where he won a bronze medal.

Sudhir is currently employed by the Government of Haryana as a Senior Coach (Weightlifting). He was also named “Strong Man of India” at the 12th Junior and 17th Senior National Parapowerlifting Championships in 2018.