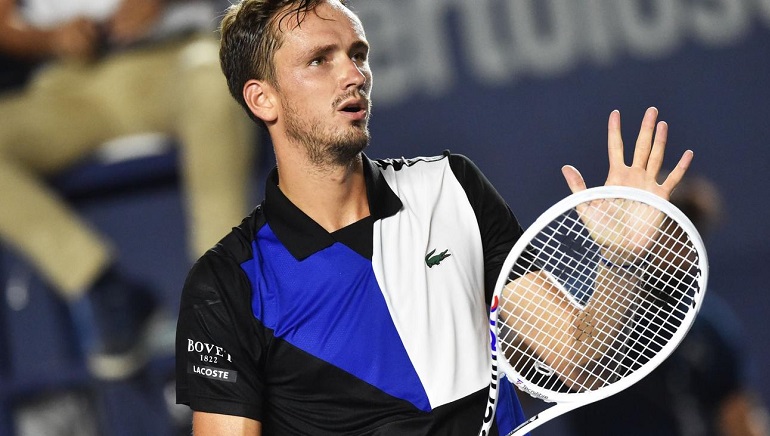 On Wednesday, Daniil Medvedev made a triumphant return in Mexico beating Australian qualifier Rinky Hijikata 6-4,6-3. Medvedev won the opening set with the first break of the contest. This was Medvedev’s first match in six weeks at the ATP hard court tournament in Los Cabos, Mexico.

The world number one player created a landmark for his career with the 250th match win of the reigning US Open Champion’s career. To this, he said, “Someone told me this a few days ago, otherwise I would have not known. That’s nice, a milestone in a way.” He further added that he aims for more victories, however, to have 250 is great, and will definitely strive to achieve a lot more.

Since June 23, Medvedev is participating in his first competition, when he was eliminated from the quarterfinals at Mallorca. Due to Wimbledon’s ban on Russian and Belarussian athletes following Russia’s invasion of Ukraine, he was unable to attend.

Next up for Medvedev is Lithuania’s Ricardas Berankis, who defeated Argentina’s Facundo Bagnis 7-6 (7/4), 6-3. Felix Auger-Aliassime, a second-seeded Canadian, defeated Mexico’s Alex Hernandez 6-3, 7-5, advancing him as well.