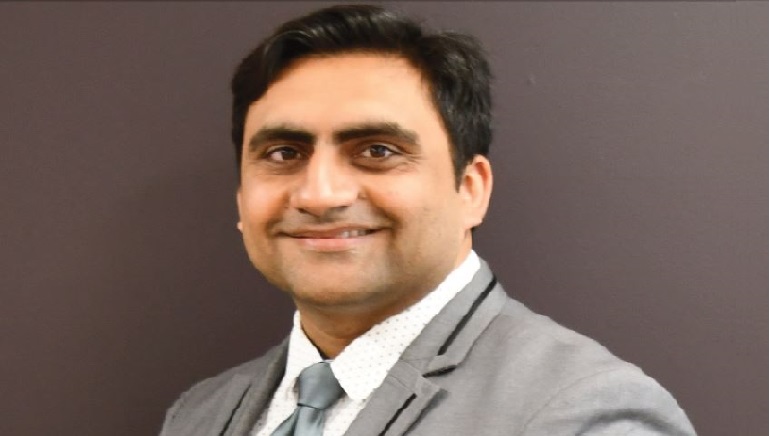 Mr. Sandhu is a highly experienced leader, who has held posts with RTOs and Higher Education Providers (HEPs), including Chief Executive Officer roles for International Colleges and Compliance and Quality Assurance Manager roles within several RTOs, TAFEs, and Universities. Additionally, he has been a Business Systems Project Official with the Australian Skills Quality Authority (ASQA) since 2008. Mr. Sandhu is an Australian citizen and Canadian permanent resident.

Mr. Sandhu jumped at the chance to start his career when he was just 14 years old. His professional career began as a web designer and developer in Solan, a picturesque Himalayan town.

Despite starting his career at such an early age, he has been a constant learner. The lifelong learner balanced his career with a variety of academic courses and qualifications, which aided in his rapid advancement up the corporate ladder. In addition to two MBAs and three master’s degrees in IT and systems, Mr. Sandhu holds a Graduate Diploma in Management Learning, a Diploma in Training Design and Development, a Diploma in Vocational Education Training, a Diploma in Work, Health and Safety, a Diploma of Quality Auditing, an Advanced Diploma in Management, Marketing, Human Resources, Information Technology, and a variety of other courses and qualifications.

BUILDING A POOL OF SKILLED LABOUR

Mr. Sandhu’s motivation for starting Career Calling in Australia was the fact that, when he first began looking into the market, he could not find any compliant learning or assessment resources. Even though he had resources at his disposal, none of them met his expectations. Thus, by means of Career Calling, he decided to facilitate audits, compliance support, advocacy for industry best practices, and much more.

Additionally, the tech-savvy leader invests a great deal in research, advanced technology, and the recruitment of exceptional talent. Since he believes that the very foundation of any organisation is its people, his primary goal has always been to identify individuals who are self-motivated. Furthermore, his team is composed of individuals with backgrounds in education or training.

In addition, he has some brilliant business analysts who assist the organisation to grow. Stakeholder feedback, along with benchmarking principles established in accordance with industry best practices, are used to assess the quality and efficacy of training offered by his company. Simultaneously, Mr. Sandhu consistently adopts efficient methods to better run the businesses and processes, while treating his employees like his extended family.

A leader with big plans, he is currently seeking suitable expansion opportunities across a broad range of market segments, including training and assessment, digital and on-line media, networking, and technology solutions. The COVID-19 pandemic has undoubtedly made it more difficult for him to interact with the relevant individuals and businesses all over the world, but he gratefully accepts all of their offers and looks forward to interacting with them via video conferencing tools. With this in mind, his CAQA Publications has begun developing resources for Google Books and Amazon Kindle, with plans to make them available on 28 other platforms by the end of 2022.

Recently, he formed an agreement with Sydney-based EduLabs to deliver real-lab environments to clients.

As a training consultant, Mr. Sandhu has broad project management experience in risk management, compliance, and administration. Over the years, he has been involved in nearly one hundred audits across Australia and is extremely knowledgeable about government compliance standards. Moreover, he provides consulting advice regarding ASQA/VRQA, TEQSA, ACPET, DET-HESG, VQF/Higher Education, ANMAC, AHPRA, CRICOS, ESOS, and ISO.

He also founded Australia’s first online radio station, Sukh Radio, in 2009 and served as a radio jockey with Australia’s premiere Punjabi radio station, interviewing some of his favourite celebrities in the world, among many other accomplishments. In addition, as a certified social media expert, he contributes a number of articles to Social Media Today.

In 2013, Mr. Sandhu was voted by Internet Choice Awards as the best blogger. His tweets have trended worldwide more than 45 times. Additionally, LinkedIn included his profile in the top 1% of most-viewed profiles for both 2012 and 2013.

Additionally, Canadian author, entrepreneur, and social media expert Evan Carmichael listed Mr. Sandhu among the top 100 social media specialists worldwide for the period from 2012 to 2016. He also won the first prize in a mini story competition organised by Haryana Punjabi (Sahit) Kala Manch in 2005. Moreover, between 1988 and 2000, he always won first prizes as a participant in stage acts and dramas.

In his spare time, Mr. Sandhu enjoys composing poems, writing stories, and learning new languages. He also has a YouTube channel with over 5.69k subscribers. Additionally, the compassionate leader is also a philanthropist. Over 500 non-profit organisations have benefited from his volunteer work.