Suraj Vashisht wins gold at the Greco-Roman U17 World Wrestling Championships, becoming the first Indian to do it in 32 years 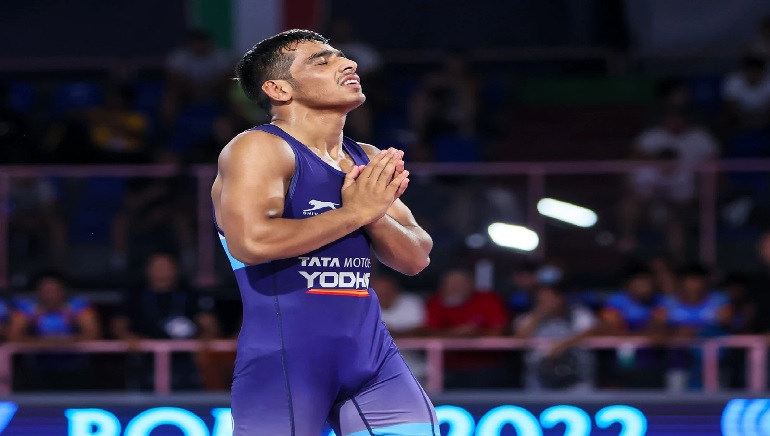 Suraj Vashisht wins gold at the Greco-Roman U17 World Wrestling Championships, becoming the first Indian to do it in 32 years

Up until Vashisht’s victory, five different Indian grapplers have reached the U17 World Championships final but none have achieved gold. At the Junior Worlds in 1992, Yadav won the last gold medal for India at any level at the GR Worlds. Hence, there hasn’t been an Indian Greco Roman World Champion in the past 30 years.

Defeating Azerbaijan’s Faraim Mustafayev in the 55kg weight class, the 16-year-old smashed him 11-0. Azerbaijan’s passive behavior caused the referee to award a point to Vashisht at the end of the first half after judging his attacking intent.

Suraj secured a takedown early in the second half to increase his advantage to 3-0 before making two outstanding four-point throws to defeat Mustafayev. A change in his technique made just before the competition allowed him to play with such authority.

Indian coach Indrajeet Singh said, “He had a very open stance so we told him to close his hand”.