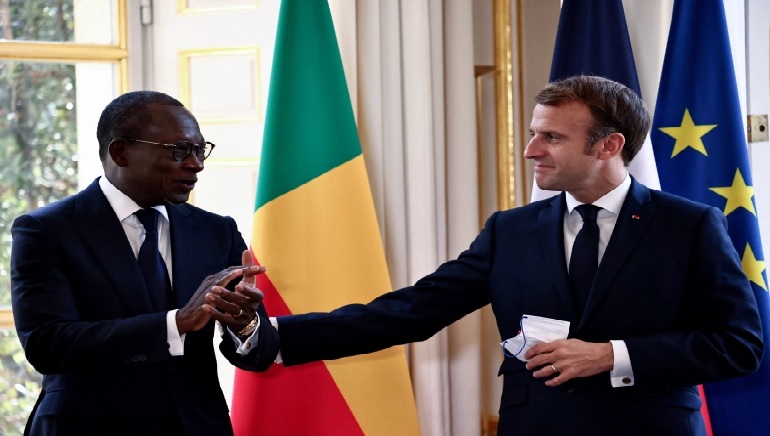 African nations, Macron will make his second stop in Benin. With a goal of reviving France’s postcolonial connection with the continent, the four-day trip, which ends in Guinea-Bissau on Thursday, is Macron’s first to Africa in his new role as French president.

During the joint news conference, Macron mentioned the “unique partnership” between France and Benin and expressed a willingness to support initiatives to make Benin an “example of development” in western Africa. Talon and Macron planned to expand their partnership by contributing to Benin’s culture, education, and security.

According to Macron, France might provide Benin with drones and much more advanced weapons to assist it in combating a deteriorating Islamist insurgency that is endangering the area.

As the violence from the Sahel nations of Mali, Burkina Faso, and Niger moves south, Benin, along with the Gulf of Guinea republics of Togo and Ivory Coast, has experienced an increase in assaults from militants affiliated with al Qaeda and the Islamic State group. A new French policy is to aid the nations in fortifying their troops, offer assistance, and let them assume command of operations on the ground.

Macron added that France already offers Benin intelligence, training assistance, and other forms of humanitarian aid to assist in the development of areas that are exposed to Islamist threats.