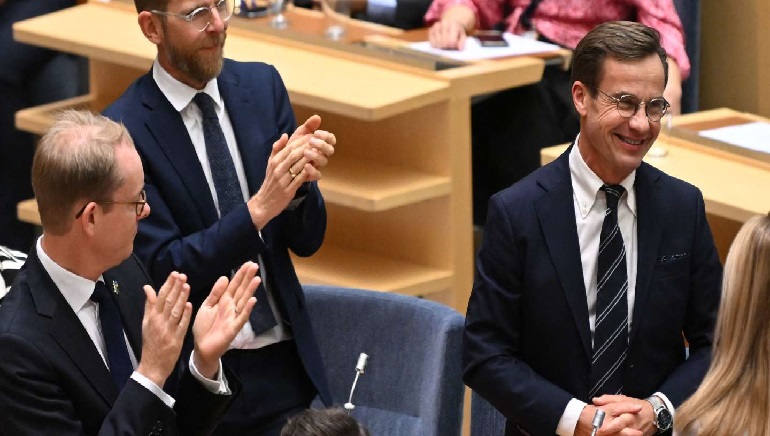 The Swedish parliament on Monday elected Ulf Kristersson — the leader of the conservative Moderate Party, as the Prime Minister. His coalition is being supported by a once radical far-right party.

Mr. Kristersson, 59, was elected by 176-173 votes. His government will be presented on Tuesday. His three-party coalition lacks a majority, but in Sweden, prime Ministers can preside over as long as there is no parliamentary majority against them.

After a month of discussions with the anti-immigration Sweden Democrats, Mr. Kristersson lay before an agreement that gave them an unprecedentedly influential position in Swedish politics. They became dominant by taking over 20% of the vote at the September 11 election.

Mr. Kristersson’s center-right coalition government consists of his party, the Liberals, and the Christian Democrats, but he has declared it will remain in “close collaboration” with the Sweden Democrats as he relies on their support to win a majority in Parliament.

The Sweden Democrats originated in the 1980s by far-right extremists. They openly threw out racist members under Jimmie Akesson, who assumed control of the party in 2005.

Akesson, who doesn’t regard his party as far-right, expressed his preference for having Cabinet seats for the Sweden Democrats, but he supported the deal that would give his party control over government policy, including immigration and criminal justice.