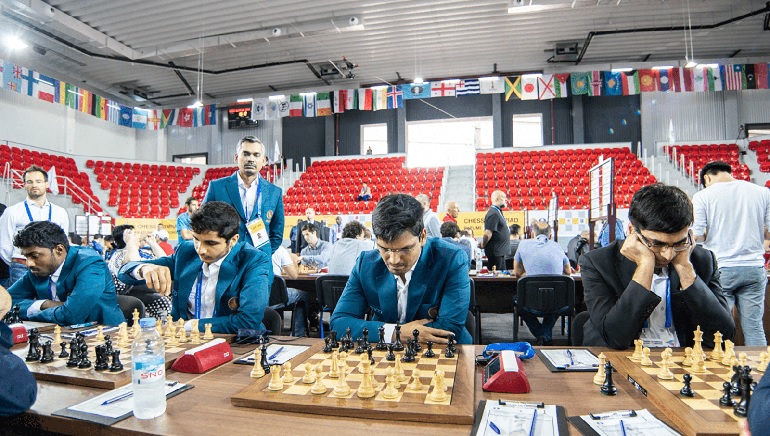 Tamil Nadu Government and the All India Chess Federation on Saturday signed an agreement for hosting the 44th Chess Olympiad in the ancient coastal town of Mamallapuram, to be held from July 28 to August 10. The agreement was signed in the presence of Chief Minister M K Stalin. A day before, the government set up 18 Working Committees headed by senior officials and Director General of Police Sylendra Babu to look after the preparations for the mega event.

The committees include transport, hospitality, food, electricity, sponsorship, media and publicity, security, medical services, and organizing school chess events. Since this is the first time that India will host a chess event of such a magnitude, the Tamil Nadu Government is trying its best to ensure that event is successful.

The event was earlier going to be held in Russia but because of its ongoing war on Ukraine; it was shifted to India.

More than 2,000 chess players from 180 countries will participate in the World championships. Over 2,600 rooms, most of which are sea-facing, in luxury resorts that line the beautiful East Coast Road (ECR) linking Chennai with Mamallapuram, have been booked for the Chess Olympiad.

The event venue is at Four Points by Sheraton – a huge luxurious resort on the ECR just outside Mamallapuram. The players and delegates will get accomodation at plush hotels like Taj Fisherman’s Cove, Sheraton Grand, Radisson, and Intercontinental among others, sources told DH.