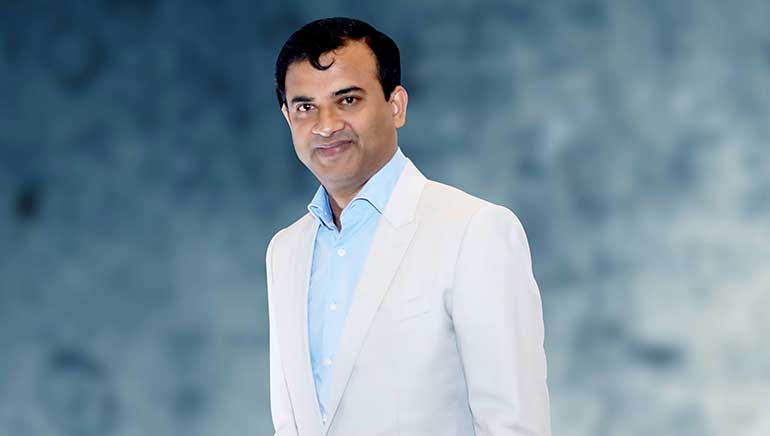 The Founder & MD of KIS Group, Mr K R Raghunath is an enthusiast who completes every project in an innovative & unique manner. A trailblazer replete with self-belief, he endeavoured into even those ventures which had the highest risk as per the perceived market BY RICHA SANG

One of the most innovative entrepreneurs of our times, Mr K R Raghunath has developed many first-of-its-kind sustainable clean technologies that are blazing a completely new trail for energy production globally. Under his quintessential leadership, KIS (Knowledge Integration Services) Group has become the Most Awarded Biogas technology provider in Asia and is a Market Leader with Number 1 position in Biogas power projects in South East Asia.

Even though today, Mr Raghunath is reaping the rewards of his earnest & innovative endeavours, however, the challenges which he faced in his entrepreneurial journey were enormous. Owing to the unique field of sustainable energy, all the projects which he undertook were first-of-its-kind in that region and had never been attempted before.

Deeply inclined towards the preservation of the environment, Mr Raghunath was concerned about the fact that the entire South East Asia was utilising open ponds as a norm for treating the effluent of POME. To change the mindset of the owners was the biggest challenge faced by the KIS Group as most of the technology providers were unable to provide the correct technology and many projects of treating agriculture waste had already ended up in failure. Thus, in order to overcome their fear of failure and mobilize them to invest in the Group’s ZPHB® technology was the biggest milestone. In fact, the first project of the Group was self-financed as no banks or investors were ready to repose faith in its capabilities. Under the quintessential leadership of Mr Raghunath, the Group entered into a JV wherein the project owners had a 45% stake & the Group had 55% stake. However, within a year, the project functioned smoothly & gave more returns than committed by the Group & owing to its overwhelming success, the owners brought back all the shares. This project is the FIRST CDM-POA registered project in UNFCCC for the whole world for palm oil industry. This success story created new direction. Presently, this power is exporting sustainable Green Power to Electricity grid which is again replacing the fossil fuel used earlier. As of now, more than 1 million tons / year of Carbon Dioxide emission has been reduced from several operating projects.

Another challenge which Mr Raghunath came across was the treatment of palm oil refinery waste and it was all the more uphill task because of its fine powder and 21% oil content. Being genuinely concerned about the prevalent practice of disposal of palm oil refinery waste in open area in South East Asia, posing as a huge environmental hazard, Mr Raghunath motivated the Group to develop a first-of-its-kind design which was a Fluidised bed combustion system to avoid this malpractice and this project has been registered as ‘First of its Kind’ project in UNFCCC as CDM project. As a major milestone, this project was the first in country to use palm oil mill biomass to develop energy replacing use of fossil fuel.

Being well aware of the fact that there were no sustainable solutions for treatment of highly inorganic effluent from some agro chemical industries, Mr Raghunath acted as a guiding light behind the design and development of ZCT® system for treatment of such effluents without using any chemicals or bare minimum use of chemicals. Thus, he essayed a major role in contributing to the conservation of the environment, more so as the project did not involve the usage of chemical means. During the last year, Mr Raghunath played an active role in collaborating with UPL (United Phosphorous Limited) to design & develop this new system when all existing technologies in the world were unable to treat the effluent.

The very fact that Mr Raghunath chose a unique field for entrepreneurship, that is, sustainable energy, is the testimony of the fact that he intends to reform the society for the betterment of the future generation. Profoundly concerned about the conservation of the environment, Mr Raghunath advocates that there should be more stringent environmental regulations and discharge standards for the effluent. He believes that the government should make capturing of methane emission compulsory & create awareness among the public and the company owners that adopting sustainable energy is always beneficial in the long run for all the stake holders. He is certain of the fact that if such waste-to-energy projects are promoted by the authorities with ample regulatory benefits like low interest cost for funds and tax benefits to the industries, then more and more people will act in the direction of environmental conservation by adopting sustainable energy.

Strongly believing in the fact that the government must provide incentives for industries in the form of funds, land allocation, making the registration procedures simple for industries who implement the projects, Mr Raghunath is of the view that in projects with high investment costs, the government can partner with private industries in treating the solid & liquid waste. Reiterating his concern for the environment, he asserts that STP Training programs must be conducted in conjugation with government, public, NGOs, & Industry players on how to Reduce, Reuse & Recycle the wastewater. Mr Raghunath also feels that the government must make procedures simpler for Power Purchase Agreements for energy generated from non-fossil based sources like wind, solar & biogas.

Being a proactive change initiator and propagator, Mr Raghunath intends to change the perception that not all such environmental projects can be solely decided by attractiveness on return on investment. He promotes the view that some projects which may appear less attractive in the current scenario may turn out to be much better in the coming years and intends to create a supportive and regulatory framework for environmental projects with TIME-bound targets. Owing to his reformist leanings, Mr Raghunath strongly advocates the introduction of a new discipline in education with ‘SUSTAINABILITY’ as one of the subjects of education starting from primary to the highest level as this step would definitely help in increasing sensitivity towards the environment.

Asserting that his family is most important for him & he is fortunate to have their support in all his endeavors, Mr Raghunath is bent on serving the larger family of humanity through his varied CSR initiatives. From sponsoring education of EWS students by providing them with tuition fees, hostel fees & books, he provided 3 desert coolers for children studying in Seva Mandir, during the hot summer days. Since the last 7 years KIS has been sponsoring the Annual mass wedding of EWS brides & grooms. In addition, it sponsored Malaysian Association for Blinds Programme for “Employability Campaign for Blind”.