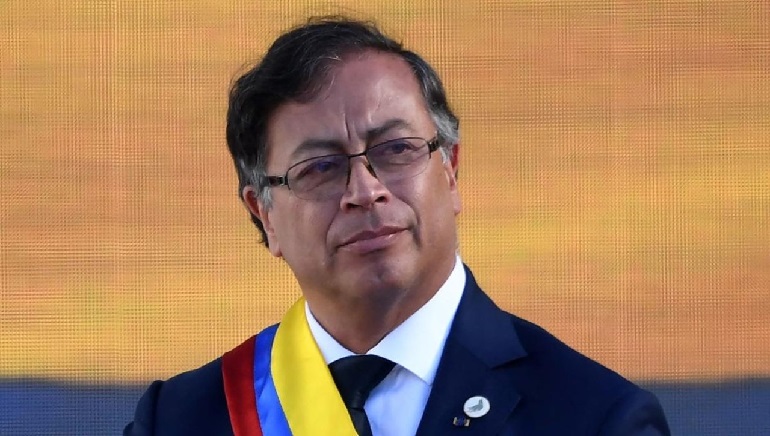 On Sunday, thousands of people gathered in Bogota to witness the swearing-in of Colombia’s first leftist president, Gustavo Petro. An ex-guerrilla and one-time mayor, the 62-year-old former leader will replace the deeply unpopular Ivan Duque, with plans for profound reforms in a nation plagued by economic inequality and drug violence.

Petro addressed the crowd gathering in Bogota’s Bolivar Square, “I swear to God and promise the people that I will faithfully enforce the constitution and the laws of Colombia.”

Petro’s government should have the support of a left-leaning majority in Congress, who called on Colombian armed groups to lay down their weapons and accept legal perks “in return for peace.”

He promised to fight inequality and lead the country through a turning point in its history after decades of war between guerrilla groups and the government. Despite the country’s oil industry making up nearly half of its legal exports, Colombia’s president also announced that new oil exploration licenses will no longer be granted, as well as a ban on fracking.