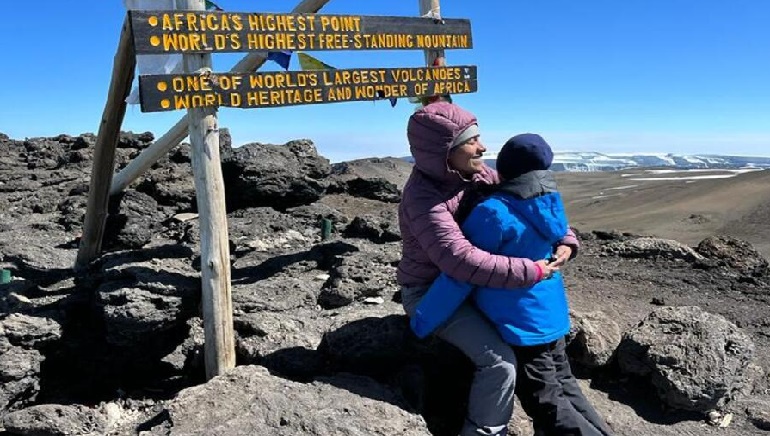 8-year-old Ayaan Saboor Mendon created history on August 4 as he summited Mount Kilimanjaro, the highest peak in Africa. With frozen and cramped limbs, he unfurled the flags of UAE and India from the top. He became the youngest human from the GCC to summit the mountain. The biting -10 degrees did not prove an impediment to the determined youngster who inherited his passion for adventure from his parents, Vani Mendon and Saboor Ahmed, who accompanied him on the demanding 7-day trek to the peak.

“We were preparing (to summit) Mount Elbrus before Covid. He tried convincing us to take him but he was just six then, which made it nearly impossible,” said Ayaan’s mother.

“I started my strength training two years ago to summit a peak,” said the young lad. “It was a tough journey, but all I knew was I wanted to do it, and my parents supported me in it.”

The family, along with guides and helpers, started their journey on July 28 and climbed to a height of 2000 meters to reach the initial base camp. “I was all excited as I was undertaking an expedition nearly no children of my age are interested in,” said Ayaan.