The U.S air travel faces crisis as 2,700 flights get cancelled 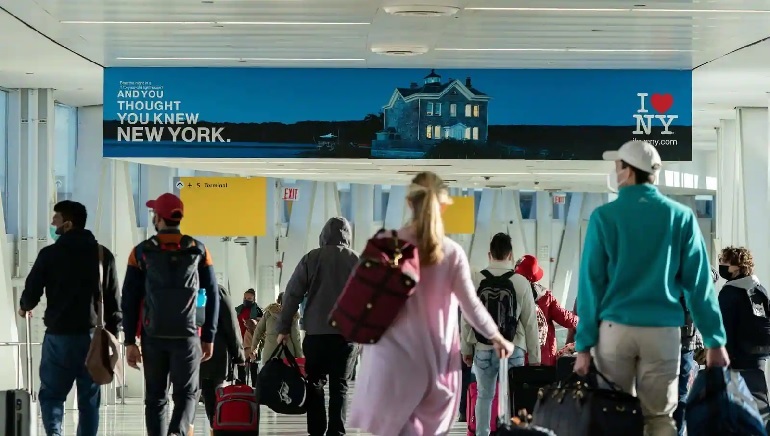 The U.S air travel faces crisis as 2,700 flights get cancelled

The United States witnessed a massive air travel crisis on Saturday due to the worsening weather conditions in various parts of the country and the surge in COVID-19 cases due to the omicron variant. The United States reportedly canceled 2,700 flights on Saturday accounting for more than half of the flights canceled worldwide. As per the tracking website FlightAware, most of the flights were canceled around 11 pm the night which was close to the new years’ celebrations at midnight. Furthermore, around 5,993 flights were delayed too in the U.S. According to the sources, the SkyWest airline was the worst hit as it had to cancel almost 23% of its scheduled due to the prevailed situation. The state of Chicago in the United States witnessed very bad weather on Saturday night with the expected heavy storms due to which, all its airports canceled several of their flights.

Not only the bad weather, but another significant reason behind the cancellation of the flights was the heavy impact of the pandemic in the United States. As the entire world is facing the havoc caused by the new Omicron variant of COVID-19, the United States is not left behind in being affected by it. Most of its operations, including air travel, are getting affected by it.