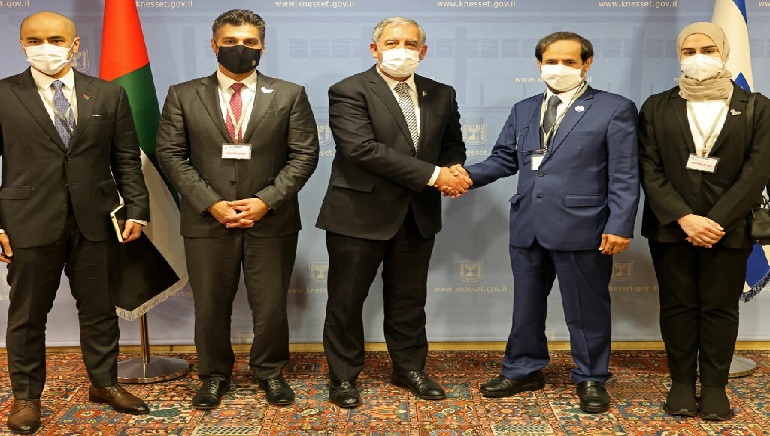 In 2020, the Emirati delegation became the first Emiratis to visit Israel’s parliament since the US-brokered normalization of relations.

On Monday, at the Israeli foreign and defense committee, Ali Rashid al-Nuaimi, chairman of the council’s defense interior and foreign affairs committee said, “When we talk about Abraham Accords agreements, we want you to look at the big picture. It’s not a political agreement only, it’s not an issue related to security and defense issues. No, it is an agent of change for the whole region”.

Nuaimi said that following the 11-day Israeli assault on the Gaza Strip in 2021 – in which more than 260 Palestinians were killed, questions began to be raised about the Abraham Accords.

Arab countries including the UAE joined the so-called Abraham Accords, a set of diplomatic pacts with Israel arranged by President Trump. Bahrain, Sudan, and Morocco followed suit in formalizing their diplomatic relations with Israel.

Palestinians felt their national cause was betrayed by the deals. Among Palestinian leaders, it constituted an abandonment of a longstanding commitment in the Arab world that calls for Israel to withdraw from occupied territory and accept statehood in exchange for normal relations with Arab countries.