The US Aims To Complete Afghanistan’s Evacuations By Deadline 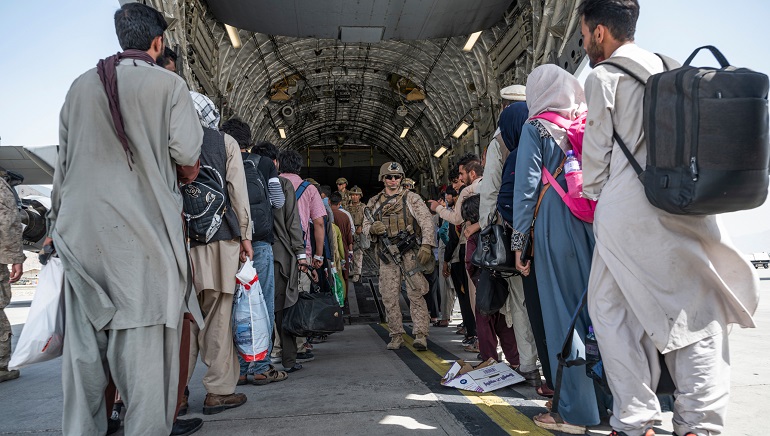 The US Aims To Complete Afghanistan’s Evacuations By Deadline

The United States of America aims to complete the evacuation process by the deadline. They plan to evacuate from Taliban-controlled Afghanistan by August 31.

The Pentagon said that it was not yet the point to seek a change. However, the UK, France, and Germany will step up the pressure at a virtual G7 summit. Meanwhile, the Taliban said any extension would violate an agreed deal.

United States President Joe Biden has taken 24 hours to decide whether to extend the timeline for withdrawal or not. Biden’s decision will provide time for the Pentagon to prepare. Thousands of people have been evacuated from the nation yet many others who seek to flee remain crammed in or near Kabul airport. As per the White House records, on Monday, around 10,900 people were evacuated from Kabul between their local time 11:30 and 23:30. Since 14 August, the airlift has started, the US has evacuated and facilitated the evacuation of around 48,000 people.

The sole area where the evacuation is not carried out is the Panjshir region which is northeast of Kabul. Panjshir is a stronghold of anti-Taliban opponents that said that thousands of people are ready to carry on the fight against militants.