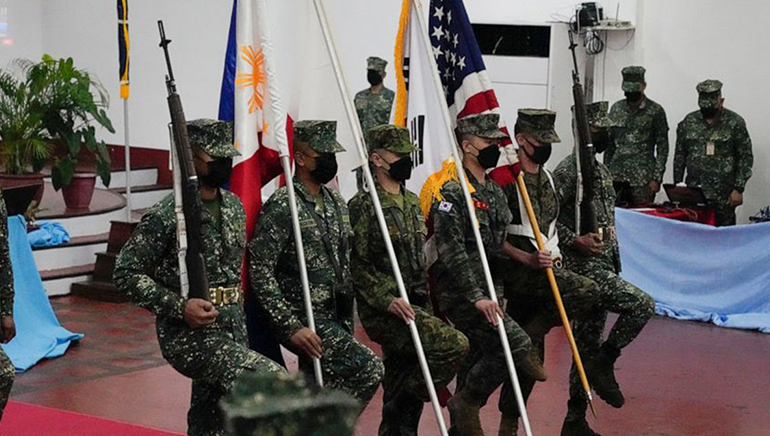 Over 2,500 U.S. and Philippine marines engaged in combat exercises on Monday to brace for any sudden crisis in a region always in a state of uneasiness and suspense over the South China Sea territorial disputes and escalating tensions over Taiwan.

The annual military drills are the first significant exercise between the long-established treaty allies under newly elected Philippine President Ferdinand Marcos Jr., military officials said. The preceding president, Rodrigo Duterte, was a candid critic of U.S. security policies and disapproved of military exercises with American forces as they could offend China.

Called Kamandag, the Tagalog abbreviation for “Cooperation of the Warriors of the Sea,” the drills involve 1,900 U.S. Marines and more than 600 mostly Philippine marines in dummy amphibious assaults and special operations, U.S. and Philippine military officials said. America’s HIMARS missile launchers and supersonic fighter jets will take part in live-fire operations, that will culminate on Oct. 14, they said.

The western island province of Palawan, which faces the South China Sea, and the northern Philippines, across the Luzon Strait from Taiwan, are the chosen venues for the operations.

Philippine Rear Admiral Caesar Bernard Valencia stated the exercises aim to boost coastal defenses and are not targeted against any country.