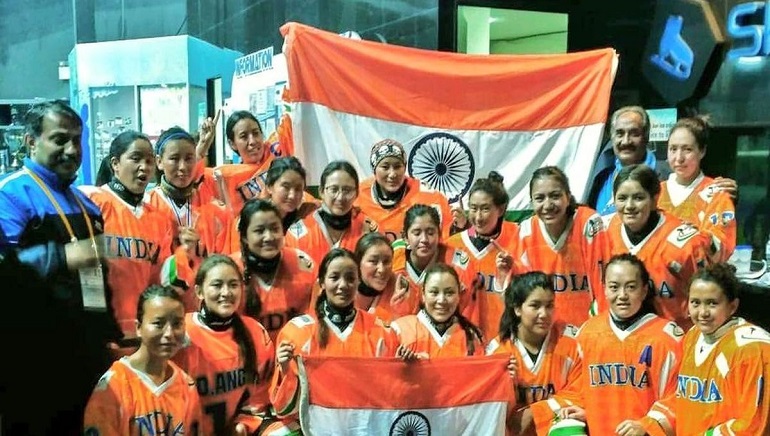 The Ice Hockey team of Ladakh Women’s Ice Hockey Foundation represented India at the Union Women Ice Hockey Tournament in Dubai on March 20 and won the Silver medal. The team has been qualified for the finals.

The team made it to the international tournament for the first time. Even in the face of challenges, the players showed their mettle.

The players said, “The team approached Saspol Constituency Councillor Smanla Dorje Nurboo on March 10 for arranging Rs. 10.56 lacs for the travel and visa expenses of 20 athletes”.

As a result of his close friend’s help and a funding campaign, the councillor was able to sponsor the team for the Dubai tournament.

Councillor RK Mathur learned about the matter, and he asked the team to support the cause with discretionary funds.