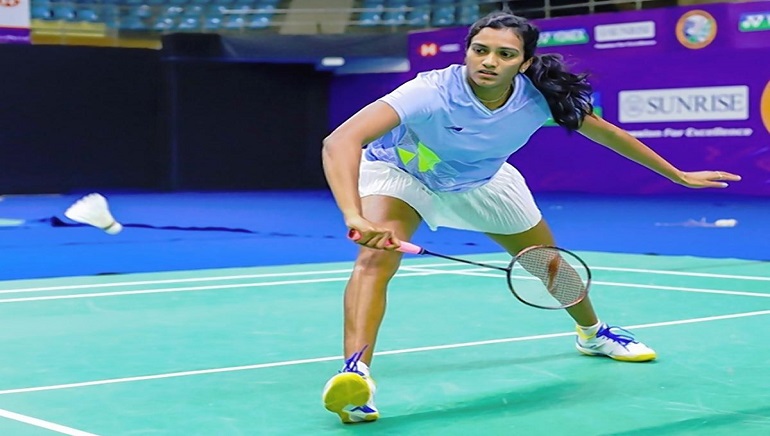 On Sunday, badminton ace shuttler PV Sindhu clinched her second singles title in 2022 by winning a straight game over Thailand’s Busanan Ongbamrungphan in the summit clash of the Swiss Open Super 300 badminton tournament.

Double Olympic medalist, played her second successive final taking 49 minutes to get the better of the fourth-seeded Thai 21-16 21-8 at the St. Jakobhshalle.

In the first set, Sindhi rode her attack to open up a 3-0 lead, but Busanan kept fighting back and produced some quality shots to draw the match at 7-7. After the change of sides, Bhusan struggled with her length, giving up a 0-5 lead early on in the second game as she troubled the Thai with acute angle shots.

Sindhu lost only once out of 17 matches against Busanan at the Hong Kong Open 2019.

After losing to Rio Olympics gold medalist Carolin Marin of Spain in the final of the last edition, Sindhu finally lifted the trophy. She was extremely happy as she also claimed the World Championship gold in 2019.