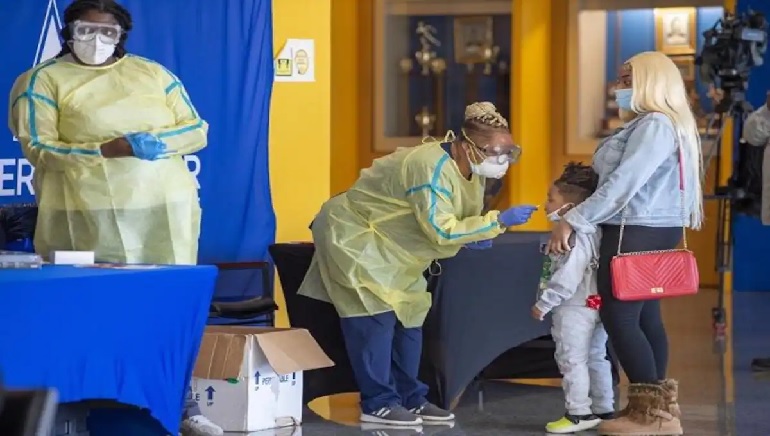 The United States on Monday again shook the world by reporting almost 1 million cases in one day as the true data of Covid-19 cases over the holiday season came into the limelight. As the highly mutated Omicron variant of Covid-19 is spreading fast like wildfire across the nation, the disease had spread rapidly during the holiday season but the government delayed the reporting of these cases which worsened the situation. The data collected on Monday was double the number reported just four days ago of 590,000 cases. The John Hopkins University collected the data which relies on the local governments for information which delays the reporting of the number of cases.

Many U.S citizens are relying on the tests that they are taking at home, which is not even reported by the local governments which proves that the actual number of cases must be much more than what is being currently reported. The actual record surely must be higher than what is being reported in the U.S which means that the situation is quite serious in the nation.

However, the rising cases are not yet proved to be ‘severe’ or ‘fatal’ in nature. Till now, the newly infected citizens are isolating themselves at home. The schools, colleges, air travel, shopping complexes are shut down amid the rising cases and the hospitals are on the alert to receive more cases.