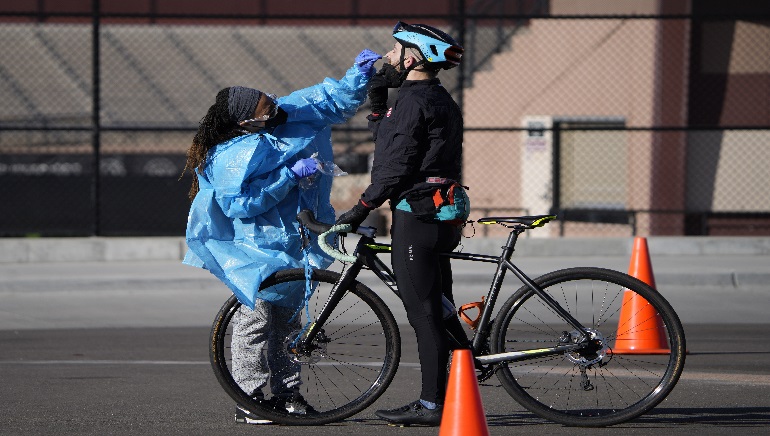 The major countries like U.S, U.K and Australia are at the worst position in terms of the effects of the new Omicron variant. According to news agency Reuters, the U.S broke the record with reporting over million Covid-19 cases.

The rapid increase in the Covid cases have also led to a sharp rise in hospitalization in the U.S with over 50% increase over the past week. More than 100,000 people have been hospitalised which has been the highest record of the year. The U.S is the worst hit due to the Omicron variant and has reported almost 978,856 new cases on Monday. However, the death rate has not witnessed any surge and is stable for now.

The situation in the U.K is also not very good. The number of hospitalizations has also increased in the U.K as it recorded 200,000 fresh cases outnumbering the previous count. According to AFP (a news agency), the U.K President Boris Johnson said that the hospitals in U.K are working on the “war footing” as there is an acute shortage of hospital staff.

France too is facing a huge crisis due to the pandemic with 270,000 new cases recorded on Tuesday. President Emmanuel Macron is pressing on spreading the vaccination among the citizens as soon as possible.