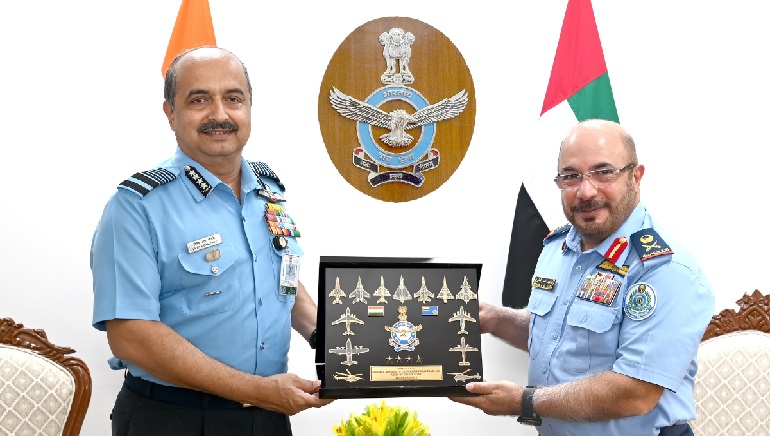 Both the chiefs also discussed ways to build up cooperation in areas of mutual interest, the IAF said.

The Indian Air Force (IAF) also posted a couple of pictures of the chiefs’ meeting on its Twitter handle.

Meanwhile, in another tweet, the IAF saluted the Military Engineer Services (MES) on its 100th Raising Day.

“Air Chief Marshal VR Chaudhari and all air warriors felicitate all personnel of the Military Engineer Services on the occasion of their 100th Raising day. We acknowledge and appreciate the yeoman service rendered by MES over the years and the key role played by them in nation building,” it tweeted.

The Army and Navy were also involved in greeting the personnel on the historic MES Day.

“On the occasion of 100th Military Engineering Service Day, Engineer-In-Chief congratulates all #MES personnel and exhort them to remain prepared to meet emerging challenges & organizational needs and continue dedicating themselves towards Nation Building #IndianArm,” the Army tweeted.