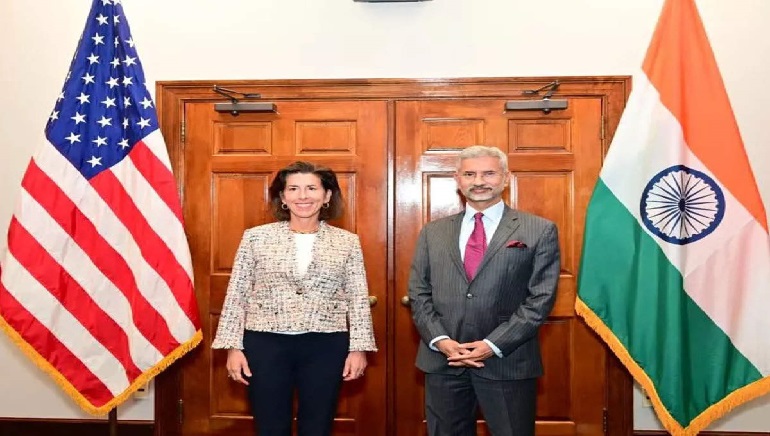 During Jaishankar’s 10-day visit to the US, he held bilateral consultations with several US cabinet members about resilient supply chains, high technology cooperation, semiconductors, and business promotion.

A special honour cordon ceremony was held on Monday at the Pentagon for External Affairs Minister, Jaishankar to meet US Secretary of Defense Lloyd Austin.

As Jaishankar meets US counterpart Ser Anthony Blinken the day before, this meeting is a timely one.

On Saturday, the United Nations General Assembly debate at the highest level was concluded by the External Affairs Minister. From September 18 to 24, Jaishankar spent time in New York.

The US Secretary of Commerce took to Twitter and said, “Today I met with #India’s Minister of External Affairs @DrSJaishankar on how we can work more closely together on #IPEF,”. A deeper commercial relationship between India and the US was something she looked forward to.

There are 13 countries that are part of IPEF, which is a multilateral economic framework. IPEF countries have been engaged in intensive discussions since the framework’s launch in May.