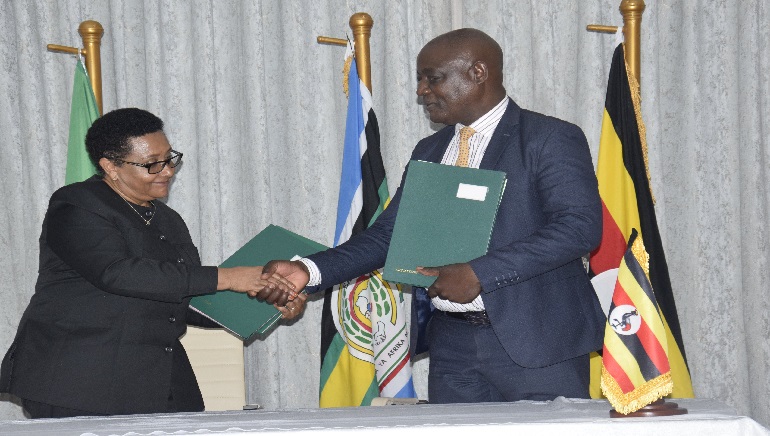 The pact, on behalf of both nations, was signed by Uganda’s Minister of Defence and Veteran Affairs Vincent Bamulangaki Ssempijja and Tanzania’s minister for Defence and National Service Dr. Stergomena, at Protea Skyz Hotel, Kampala.

Ssempijja remarked that the president of both countries prioritized fostering the relations between the two countries on their agenda by signing an agreement for defence and security cooperation. He also expressed his happiness in reviewing and signing the Memorandum of Understanding (MOU) on Defence and Security cooperation besides putting into use the intergovernmental security committee for the Oil Pipeline project. He added that this would allow the institutions of both countries to exchange information and work in collaboration to stand up to threats like terrorism, cyber security, drug trafficking, and others.

Dr. Stergomena L. Tax said the meeting offered Uganda and Tanzania a chance to contemplate matters pertaining to both countries and put together a mutual understanding and proceed towards peace and security. She cited that terrorism posed a major threat that requires combined efforts and cooperation of both countries.