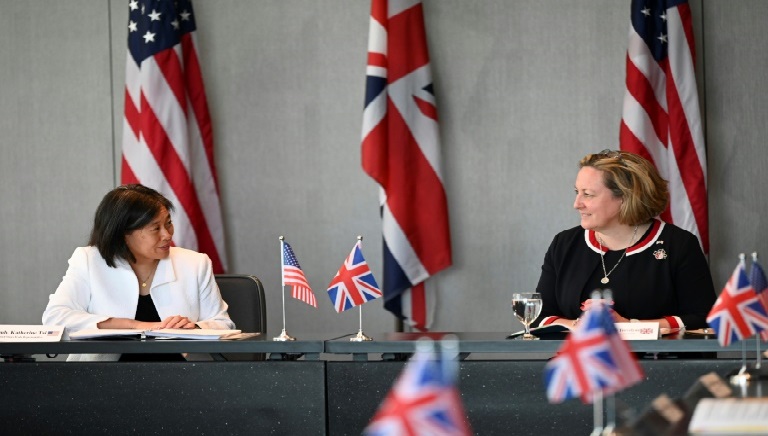 Ms Trevelyan said, “This dialogue gives us a platform to explore more modern, digital ways of trading. It will identify and resolve barriers to trade to make it cheaper and easier for businesses in Scotland and throughout the U.K. to do business with our U.S. friends”.

In comments on Sunday evening before the meeting, Trevelyan did not mention a free trade deal, calling the meeting a “second transatlantic dialogue” that would focus on “agreed priority areas”. Digital and innovation sectors, sustainable trade, supporting small- and medium-sized businesses, and supply chain resilience is among them.

Trevelyan and Aberdeen previously met in Baltimore at the end of March and announced plans to end the tariffs imposed by former US President Donald Trump on steel and aluminium imports.

The United Kingdom left the European Union in full in January 2021 and has been seeking deals across the globe to boost international trade. President Joe Biden’s administration is more lukewarm than his predecessor when it comes to reaching an agreement with Washington.