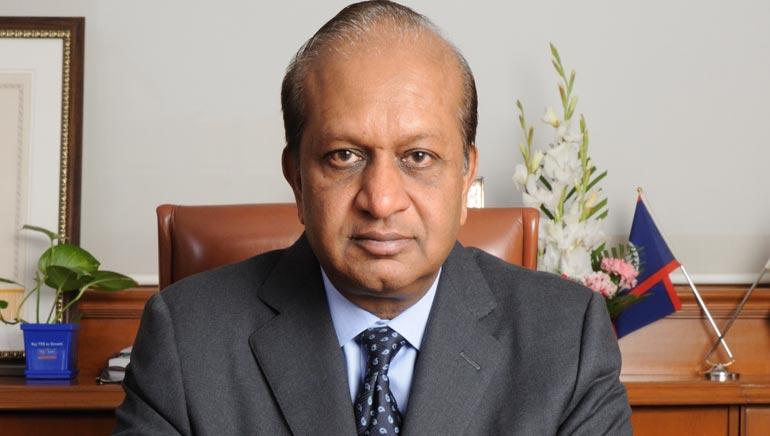 Following the success mantra of Umesh Modi Group which states that, “Achieve the benchmarked, then set your own standards and surpass them too”, Mr. Umesh K. Modi is undoubtedly making headway in the business world of the Indian Subcontinent. It is his effervescent personality that is the guiding light for the new generation

Holding a steadfast determination in heart and a firm belief in his mind, Mr. Umesh K. Modi spearheads one of the leading conglomerates in India. The Umesh Modi Group has ascended the mountain of success and has become an inspiration for other ventures of the nation as well under the leadership of Mr. Umesh K. Modi.

A zest to do something big drew him to the business world in the year 1972. A gold medalist in chemical engineering from Banaras Hindu University, young Umesh K. Modi set his foot in the business of his father. Since then, Mr. Modi is taking every possible step to enhance the empire. The Group has flourished at a great pace under the pragmatic and productive leadership of Mr. Umesh K. Modi.

Founded by his father, Shri Rai Bahadur Gujarmal Modi, a known industrialist and humanitarian, the Umesh Modi Group has witnessed a great transformation by establishing itself as a towering name in the industry. In 1968, Shri Rai Bahadur Gujarmal Modi was also felicitated with Padma Bhushan, the third-highest civilian award in the Republic of India.

Following the footprints of his great father, Mr. Modi has come a long way on the path of success. He not only inherited his father’s business but also his habits which help him in being a leader who knows the outcomes of his actions. One of those habits is reviewing the profits and losses of his business personally. It is not wrong to say that the biggest source of inspiration for this business tycoon is none other than his own visionary father. It was his father whose life encouraged Mr. Modi to achieve a greater goal by implementing discipline & extraordinary management strategies in making accurate and clairvoyant decisions.

With an aim to create benchmarks in the business world, Mr. Modi forged ahead with his strategic steps and expanded the Group’s presence in fields such as Sugar, Iron and Steel, Distillery and Liquor, Engineering, Power, Writing Instruments, Packaging, etc.

Believing in the idea that one ought to have world-class partners to be ahead in the ever-changing world of business, Mr. Modi also formed new alliances and joint ventures with American and European companies. It was his anticipation that pharmaceutical industry has a long way to go in the future, which encouraged him to form a joint venture with Mundipharma Group of Companies, Switzerland in the year 1990. In the present time, Mr. Modi has over 10 partners in Pharmaceuticals business worldwide.

The journey that began with a single Modi Sugar Mills turned into a diversified group and has left its footprints not only in the nation but also at the international level. It was his efforts that have helped the conglomerate to hold a firm position in the South Asian, African & CIS nations and other international markets. All these achievements would not have been possible without his extraordinary guidance. For his perseverance and contribution, Mr. Umesh K. Modi has been honored with several awards. In 1984, the Ministry of Industry awarded him with “Man of the Year” Award.