US Rules Out Including India Or Japan in AUKUS 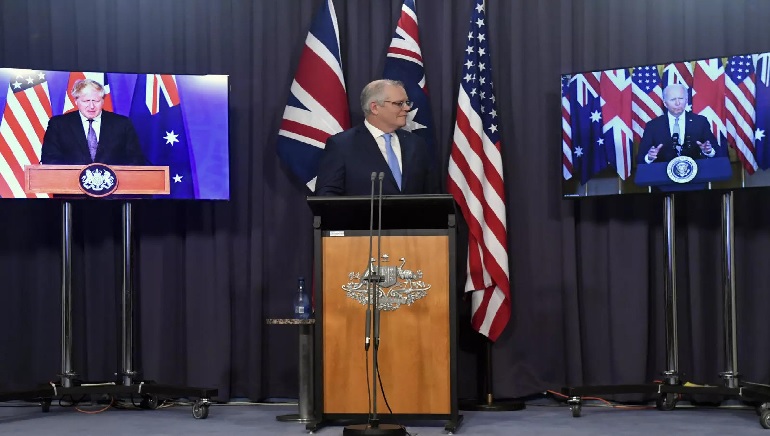 US Rules Out Including India Or Japan in AUKUS

The US has ruled out including India or Japan in the newly formed trilateral security partnership with Australia and Britain. The Indo-Pacific region is ready to face the challenges of the 21st century.

The joint formation of the trilateral security alliance AUKUS was announced on September 15 by US President Joe Biden, Australian Prime Minister Scott Morrison, and British Prime Minister Borris Johnson. The AUKUS alliance allows Australia to get a fleet of nuclear-powered submarines for the first time.

On Wednesday, at a press conference, White House Press Secretary Jen Psaki said that the announcement of AUKUS last week was not to be an indication, and she thinks that it was the same as the President also sent to Emmanuel Macron. The message was that there is no one else who will be involved in security in the Indo-Pacific.

The Quad leader will be in Washington this week for the first summit which comprises India, the US, Japan, and Australia.

China was seen condemning the decision of the trilateral alliance and said that the alliance will have no future. It was also said that it will affect the international non-proliferation efforts and aggravate the arms race.