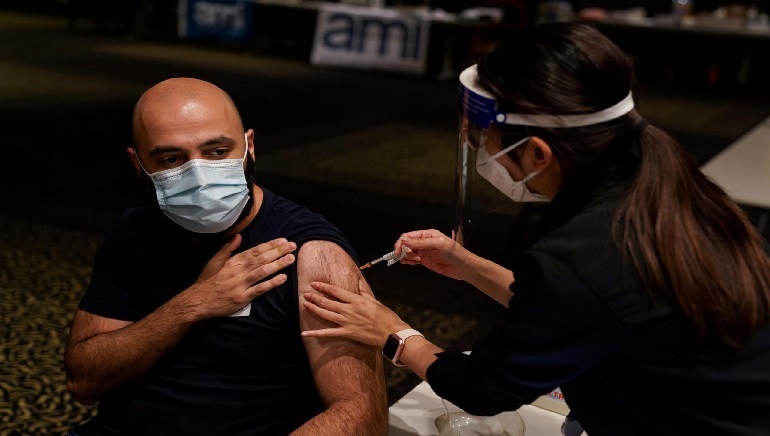 On Friday (Nov 12), Australia’s Prime Minister Mr. Scott Morrison confirmed that the country has hit a jaw-dropping new milestone for COVID -19 Vaccine. Ninety percent of the adult population has received their first dose against the coronavirus infection.

The Prime Minister also confirmed that they have passed the rollout for ages above 16. He further added that the nation will hit its 80% target of double dosing in every state and territory by the end of 2021. However, Australian Capital Territory- victory and New South Wales have already achieved the mark with strict lockdowns between August and October.

In an interview, Mr. Morrison said, “We are going to have one of the highest vaccination rates in the world. That goes with having one of the best records in the world for saving lives”. The nation has administered a total number of jabs over 37 million.

On Friday, the nation had recorded more than 1,400 new Covid-19 infections. However, Australia still has some more time to achieve the double-dose rate as they have administered only 81.9 percent across the country. Children under 12 still await the government signal to mark the Covid-19 vaccine safe for their age group.