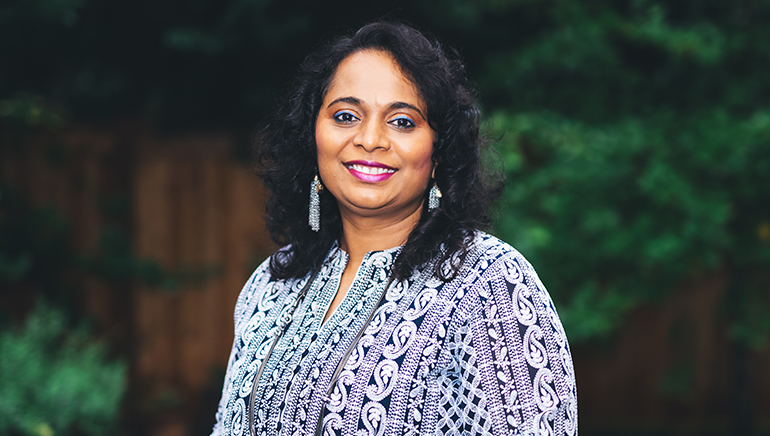 Chaitra’s curiosity in technology prompted her to choose technology as a career after almost deciding to begin a postgraduate music degree. Though it was a major shift, her love for technology led her to Microsoft, where she worked on billion-dollar ideas, which shaped her thinking and made her aware of the endless possibilities surrounding her. The experience she gained from working with high-powered executives Safra Catz, Jacqueline Woods, and Bronwyn Hastings was unique in that it made her aware that the sky’s the limit in technology. She worked at Microsoft for eight years before moving on in 2013 to co-found and lead marketing at Issaquah-based Meylah, Microsoft gold partner that help companies to transform their marketing and technologies with Cloud Solutions. She founded Women in Cloud in 2018 as an economic development platform to create $1B in economic access for female founders and professionals in the enterprise sector. The platform helps create access to business growth and alliances by partnering with innovative companies, such as Microsoft, Accenture, Hitachi, Insight, Teradata, M12 and much more.

Chaitra has been outspoken about the challenges she has faced in the male-dominated IT industry. There was a clear gender bias that was affecting many women business owners in the tech sector since women were underrepresented. Making decisions or contributing to shaping narratives around equity and access was difficult or impossible. To solve the problem, she founded Women in Cloud, a network of female tech entrepreneurs that aims to stimulate societal impact with the lofty objective to creating access to $1 billion by 2030. Inclusion, Collective Action, and Economic Access serve as the platform’s foundation, contributing to the UN Sustainable Development Goals.

Chaitra has always believed that giving back to the community has a far-reaching impact. Thus, the solutions and programs offered by Women in Cloud are all designed to foster a sense of community and achieve a broader social impact. The values-driven leader instills her principles and beliefs in the organization by personally conveying them to her employees so that they can grow professionally as well as personally. Collective action and inclusion are her guiding principles. Under her leadership, #EmpowHERaccess, the Women in Cloud team’s pandemic response campaign, successfully reached 1.4M women and focused attention on the disruptions faced by women in the early stages of COVID-19 and sought to offer access and opportunities for recovery. In addition, the Women in Cloud launched the #Fortune100 Initiative to bring together the top 100 Fortune Brands to combat the global crisis of representation and supplier inclusion during the pandemic. What’s more. The compassionate leader also leads #EmpowHERFamily, a cross-sector economic relief initiative to empower 1M women in India to have an effective future by curating actionable digital solutions to provide economic relief.

Chaitra’s dedication has earned her several prestigious awards, including the Cloud Revolution Awards, Microsoft Supplier Diversity Award, and Q13 Women of Influence Award. The proactive leader also serves on the boards of several corporations and facilitates global discussions with the United Nations and major corporations. The Women in Cloud community has helped Ms. Vedullapalli accomplish ambitious visions and astounding missions that are set to improve the world. The visionary leader seeks to build an industry where everyone has equal opportunity to create a positive economic impact and build sustainable solutions.