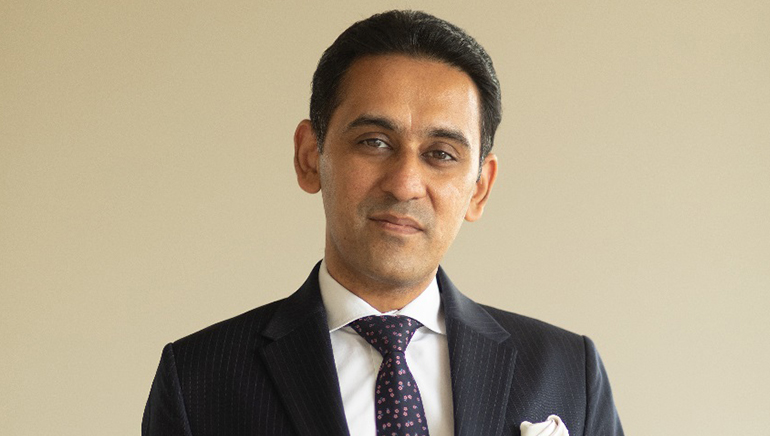 Coming from a distinguished background of leading lawyers, industrialists and educationists, Mr. Khaitan represents the best of knowledge, entrepreneurship & dynamism. The Khaitan family runs numerous schools, each of which is a beacon of excellence in the field of education. The Khaitan School (Noida), Khaitan Public School (Ghaziabad), Khaitan Preschool (Noida), BDM International School (Kolkata), Indus Valley World School (Kolkata) and Sunny Preparatory School (Kolkata) are some of them which are operated by his family. Mr. Khaitan is an alumnus of the Modern School, Vasant Vihar. He is a Mechanical Engineer from The University of Michigan, Ann Arbor, USA. Inducted into the management of The Khaitan School in 2008, he has played key roles in several of the institution’s milestones including founding the Khaitan Preschool in 2013. The school has since received numerous awards for quality education and is widely recognized as a leading educational institution in Noida. Mr. Khaitan has also played an important role in seting up the Gautam Budh Nagar Chapter of the Independent School Federation of India. He co-founded The K12 education chapter of FICCI ARISE, a policy advocacy body for education. He is presently the Chair of its North Committee and the Membership Committee. He has also completed a large number of certifications, including the Business Mastery Programme & an intensive course on Digital Marketing offered by Business Coaching India run by Mr. Rahul Jain.

A MAN OF MANY SKILLS

Apart from his educational acumen, he has interests spanning sports, music and aero modelling. A technology enthusiast and an avid golf player, he is also an accomplished western classical pianist, photographer, singer and sportsman. He believes that a focused approach always leads to excellence. He has chosen his path and wants to be a leader in his field. He feels this is the secret of success of great entrepreneurs like Steve Jobs and Bill Gates as well as great companies like Apple and Sony. In his journey towards excellence, he has created a process-driven school system. The schools have mapped out all the processes in their functioning, down to the last detail in both academic and non-academic aspects. A task-level tracking system is also in place.

Mr. Khaitan’s planning and vision helps him take decisions related to finance, hiring, marketing, digital adoption, & growth in a very prudent & holistic manner. He associates actively with leaders in the field of educational infrastructure and educationists to gain insights into the best practices in the field. Mr. Khaitan’s vision helps him to see beyond the mass production-style system of education and rote learning. He emphasizes upon the importance of education in catering and preparing children for careers that don’t even exist today. The children of today need to be able to learn, unlearn, relearn and adapt to the fast-changing world scenario. Through staff training along with leadership development programmes, he is creating a unified vision for the institution. The ongoing Covid-19 pandemic has thrown an unprecedented challenge at the educational system. Students along with schools are adapting to the new normal. Visionaries like Mr. Khaitan have risen to the occasion to creatively combat the crisis. Technology is now playing a major role in how education is imparted, a move that has special significance for him as he is a visionary in the field. The Khaitan School has already prepared a roadmap to deal with the rapidly changing times. Under his guidance, the institutions are well-prepared to impart world-class education to the future citizens.