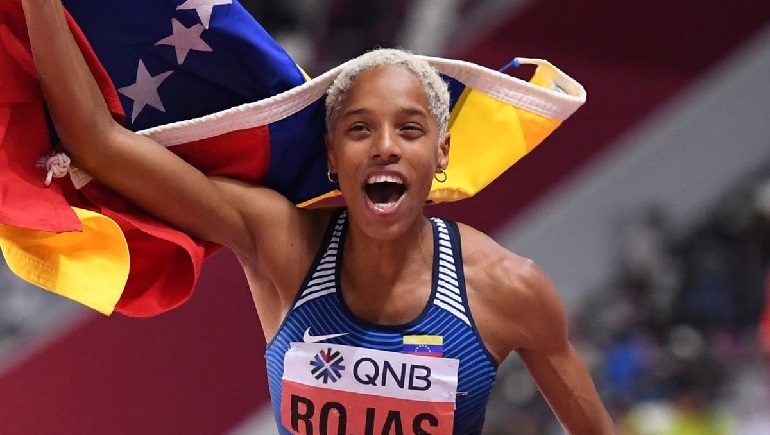 On Sunday, Venezuela’s Yulimar Rojas triple jump created history at the Tokyo Olympic stadium. She earned her gold medal in the women’s triple jump final. She smashed a Venezuelan creates the world record with a result of 15.67 meters.

The previous record was owned by Ukraine’s Inessa Kravets for a record of 15.50 since 1995. This medal is not the only Olympic she holds. She earned a silver medal at the Rio Olympics in 2016 with a final mark of 14.98 meters. She already clinched her gold before her record-setting jump by posting a final distance that was more than half a meter greater than the second-place result. Portugal’s Patricia Mamona earned her silver for 15.01 meeters and Spain’s Ana Peleteriotook home Bronze with a 14.87 meters result.

The golden win was a part of the chaotic and unforgettable conclusion to Day 3 of the track and field competition at the Tokyo Olympics. After her win, she said she focused on giving her best and feels extremely happy that the result came in her favor and looks forward to enjoying her win.