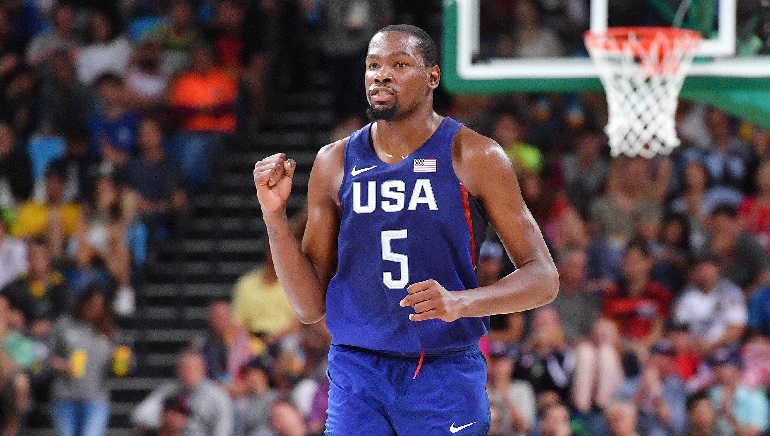 Kevin Durant becomes the leading men’s scorer in U.S. Olympic basketball history. He made a 3-pointer in the quarter with a 119-84 win over the Czech Republic to give him 337 points in his Olympic career surpassing Carmelo Anthony.

Kevin finished 23 points on 8 of 11 shooting, giving him 354 points with Team USA. this was Durant’s third time. In the previous games also Durant was America’s leading scorer in 2012 and 2016. Both times he scored 30 points in the gold-medal games. He still is far away from the top scorer in Olympic history. Brazil’s Schmidt and Andrew Gaze from Australia appeared in five Olympics to score 1,093 points and 789 points respectively. Third and fourth place is owned by Spain and Argentina who are currently playing their third Olympic games.

Durant has already mastered what The Americans are still learning about each other. The international game with differences from the NBA, Kevin knows how easily it is played and officiated. Kevin doesn’t believe in being a vocal leader and relies more on the way he plays and practices while setting an example for his teammates.