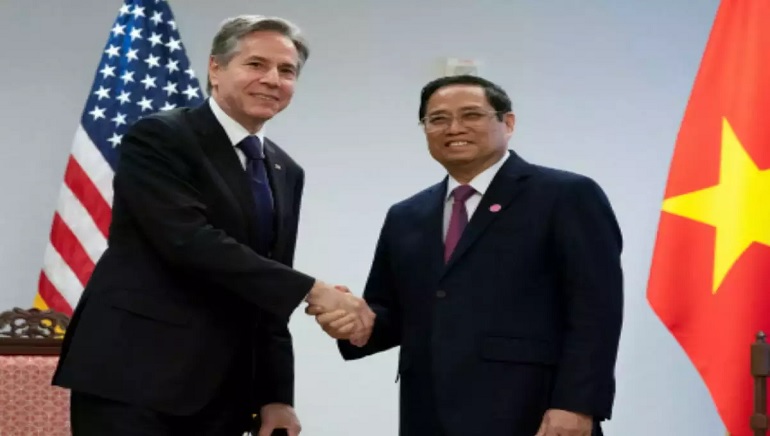 Vietnam’s Prime Minister Pham Minh Chinh is on a historic 7-day visit to the USA, on a mission to give a talk on bilateral disagreements and strengthen partnerships including America-ASEAN ties that would be significant in offering peace and stability in SE Asia.

The visit goes to show that Vietnam has an important role in casting US-ASEAN ties. At the same time, India-Vietnam collaboration also helps to build up India’s role in ASEAN and therefore avouch Vietnam’s role as a multinational player in shaping foreign policy. Chinh’s visit also gives evidence of the fact that Vietnam can sensibly manage human rights issues. Vietnam, whose GDP growth rate is expected to reach between 6 to 8 percent, is in the making of one of the rising economies in South East Asia.

While addressing the ASEAN–US Special Summit on May 13, the Vietnamese prime minister stated that ASEAN has been working hard in shaping the regional architecture and its members have come forward together and envisioned building an ASEAN community, contributing to peace, growth, and stability. He also said that he hoped the superpowers who have partnered with ASEAN function to build steady relations out of consideration for global peace and safety.