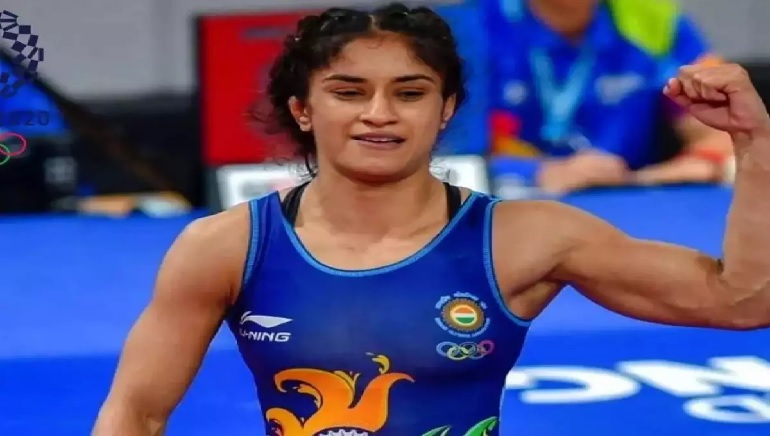 Vinesh Phogat today earned the distinction of becoming the first Indian woman wrestler to win two medals at the World Championships as she won a bronze in the 53kg category by defeating Emma Jonna Malmgren of Sweden.

The 28-year-old Vinesh had also won a bronze in Nur-Sultan, Kazakhstan, in the 2019 edition. It was an extraordinary comeback for Vinesh after she was surprisingly defeated in the qualification round to beat Malmgren 8-0 in the bronze medal playoff.

She had faced defeat in the hands of Khulan Batkhuyag of Mongolia on Tuesday. She got to the bronze playoff through the repechage round after Batkhuyag entered the final.

In the repechage round, Vinesh first defeated Zhuldyz Eshimova of Kazakhstan by a fall decision. She moved further to the bronze medal round after Leyla Gurbanova could not compete due to injury.

In the 57kg category, 2021 world bronze medalist Sarita Mor won her opening match 4-2 against world U-23 bronze medalist Hannah Taylor of Canada. Sarita then lost against Anhelina Lysak of Poland 0-7. In the 68kg category, Nisha Dahiya will battle it out for bronze tomorrow. She reached the semifinals after defeating Sofiya Georgieva of Bulgaria 11-0 but later lost 4-5 to reigning junior world champion Ami Ishii of Japan.