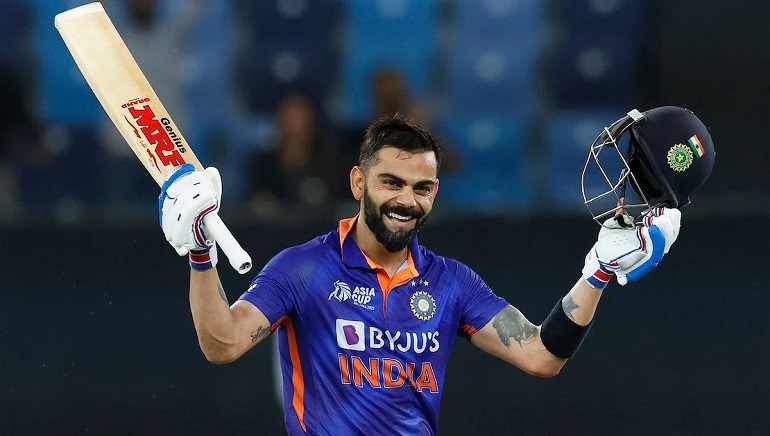 Virat Kohli has won the International Cricket Council (ICC) Men’s Player of the Month Award for October 22 for his outstanding performance at the T20 World Cup in Australia. The Indian cricketer was nominated for the title for the first time in his career. The International Cricket Council (ICC) also announced Pakistan’s veteran all-rounder Nida Dar as the ICC Women’s Player of the Month acknowledging her sensational form in their Women’s Asia Cup campaign.

Virat Kohli beat David Miller of South Africa and Sikandar Raza of Zimbabwe for the honour. The batter scored 205 runs, including two fifties at a stunning strike rate of 150, in four T20is in October 2022. He scored an astounding 82 not out versus Pakistan at the Melbourne Cricket Ground.

Virat Kohli’s winning knock against Pakistan is being hailed as one of the greatest in the shortest format of the game. India were reduced to 31 for 4 in their chase of 160, but the batter put up a magical knock, hitting 4 sixes in his 53-ball 82 not out. He did not lose his composure when the country needed 28 off the last 8 balls and delivered a spectacular ultimate punch.