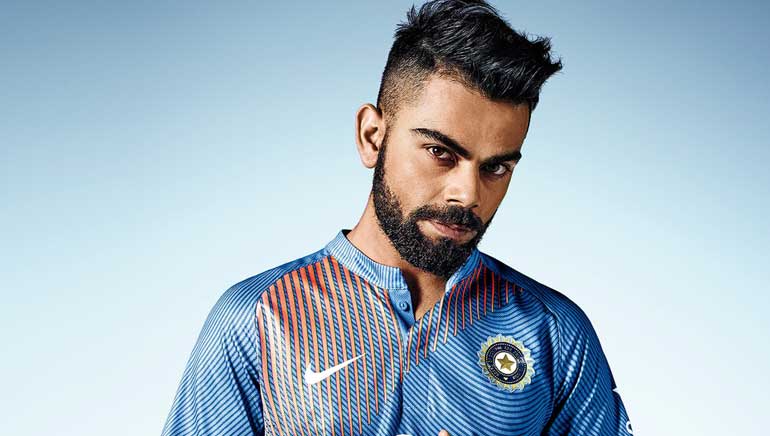 Regarded as one of the most sensational cricketer of the era, Mr. Virat Kohli is coasting high on success, money and fame. At a very young age of 28, Mr. Kohli possesses maturity at the crease far beyond his age and class off the field.

Whether through making a century on field or taking some most important wickets for the team, Mr. Kohli is a cricketer who can deliver a comfortable game while keeping his calm most of the time.

BEGINNING OF AN ERA

Virat’s cricket love goes back to his tender age of 9. It was when his father Prem Kohli decided to enroll him and elder brother Vikas at the West Delhi Academy in the neighborhood so the two wouldn’t just while away their summer holidays.

His first coach at the academy, Rajkumar Sharma, remembers him as a chubby, naughty kid. “Raju Sir” as Virat would call him, is the guiding force behind the superstar and also the first person he would call after a match.

After many innings, each bigger and better than the last, with the most recent redefining the benchmark of big earnings in the world of cricket, he’s proven that it’s possible to cultivate adoring fans and also please the critics.

Mr. Kohli’s stance is that of a winner. But his mood is surprisingly grounded and self-aware, after years of aggression; today he knows how to keep his cool. In a heart-felt interview, he stated that he is afraid of losing, though with time he has learnt to deal with losses on field, but in life, he just cannot loose. Maybe that is the success mantra many youngsters were looking out for.

It’s with this fervor that Mr. Kohli has capped a prolific career at such a young age and has climbed up the success ladder to become the biggest global celebrity of India. It is the conviction of this man who has led India to be at the top of the Test rankings.

Born conquerors are always looking for new ways to brush up their talent, same is the case with Mr. Kohli, he is unique with his game and is rightly called as the biggest Indian sporting talent that the world has seen in generations put together. There isn’t a better time: cricket is celebrated as a religion in India and at such a young age when he surpassed Scahin Tendulkar’s record on field, there were no second thoughts about him being a commercial behemoth, quite unlike anyone the game has ever seen.

His cheekiness and self-assured attitude are adored by the millions of fans in India and across the globe. From a small kid who played for the local cricket teams to the captain of Indian team, Virat Kohli had a long and inspiring journey. Today, at a young age, this right-handed middle order batsman isn’t just another Captain that the team has had already, but he looks to become one of the most efficient captains the team had ever had.

Today, Mr. Kohli visits old age homes, is setting up charities and working hard to focus on the future. Going by the basics, he is undeniably playing the best cricket of his life. His focus is unwavering and the form is unmatched. Not many people know about the kind of passion Mr. Kohli has for his game as it was heart-wrenching when an 18 year old hardworking sportsman showed up and won a match for Delhi, a few hours after his father passed away. Reaching the zenith of success he is still the most charming son.