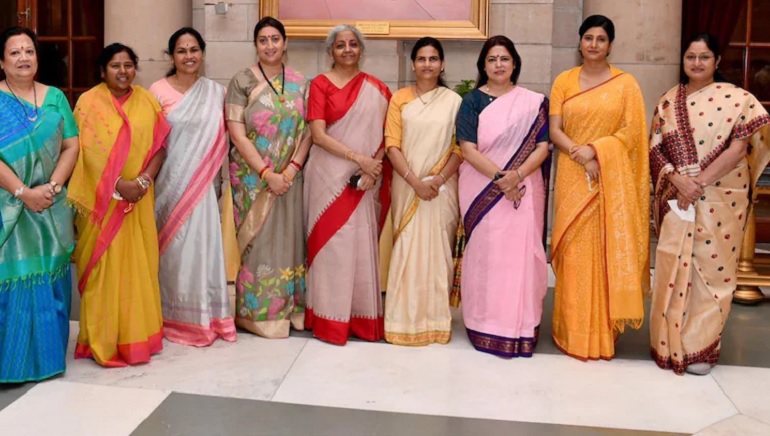 Women have proven their mettle in various fields, including politics. The world has seen numerous powerful women lead their countries, including India’s Indira Gandhi, Germany’s Angela Dorothea Merkel who is serving as Chancellor of Germany since 2005, and New Zealand’s current Prime Minister Jacinda Ardern. Moreover, in January 2021, Kamala Harris, by taking the oath to hold the USA’s second-highest office, broke all barriers of male dominance and an American tradition that kept men at the top ranks of power for over two centuries.

While women have made significant progress in leadership positions, the trend of letting women take over political reins, unfortunately, remains stagnated around the world. As per information provided by Permanent Missions to the United Nations, only 22 countries have women as their Head of State or Government, while 119 countries have never had a woman in these positions.

Women’s equitable participation and leadership in politics and public life are crucial if the Sustainable Development Goals are to be met by 2030. While improving gender balance remains a challenge in many countries, the Narendra Modi-led BJP government has recently made some strides by establishing a council of ministers made up of 77 members, 11 of whom are women. This represents the highest number of women ministers since 2004. What’s more, the current Lok Sabha also boasts the highest percentage of women, at 14%. Though this is a reason to be jubilant, the 14% representation however hints that the bar has been set quite low.

Among the eleven women in PM Modi’s council of ministers are:

1. Nirmala Sitharaman: Nirmala Sitharaman, India’s first full-time women finance minister, will continue to hold the position following the cabinet reshuffle. After Indira Gandhi, she was the second woman to serve as India’s defense minister in 2017.

2. Smriti Irani: India’s first woman minister for Human Resource Development and Textiles, she continues to lead the Ministry of Women and Child Development.

4. Sadhvi Niranjan Jyoti: She has been appointed Minister of Consumer Affairs, Food and Public Distribution, and Ministry of Rural Development.

5. Annpurna Devi: The MP from Jharkhand, who holds a Master’s degree from Ranchi University, is now serving her first term in the Lok Sabha. She has been appointed to the Ministry of Education as a Minister of State (MoS). She previously served as a Cabinet Minister in the Jharkhand government.

6. Dr. Bharati Pawar: A first-term MP, she holds an MBBS degree. Originally from Dindori in Maharashtra, she currently heads the Ministry of Health and Family Welfare as the Minister of State.

8. Shobha Karandlaje: As a Lok Sabha MP representing Karnataka’s Udupi-Chikmagalur, Shobha is serving her second term in Parliament. Her new post is that of the Minister of Agriculture and Farmers’ Welfare. A former MLA and one-time MLC, she comes with immense political experience.

9. Darshana Vikram Jardosh: The third-term MP from Surat in Gujarat is now in charge of both the textiles and railways ministries. She had been a member of the Gujarat Social Welfare Board and a Corporator of the Surat Municipal Corporation before being elected to the Lok Sabha.

10. Meenakshi Lekhi: The BJP leader is also a Supreme Court lawyer. She is serving her second term as MP from Delhi. As MoS, she is in charge of the Ministry of External Affairs (MEA) and the Ministry of Culture.

11. Anupriya Singh Patel: Anupriya Patel took charge as the Minister of State of the Ministry of Commerce and Industry. Ms. Patel has served twice in the Lok Sabha from Mirzapur, UP.

In the last 17 years, this is the highest number of women serving on the Union Council of Ministers. While the Women’s Reservation Bill has not gained much traction in the recent months, there is a good chance that it will pass in the Lok Sabha soon if the Indian government takes steps to push for it.