Zimbabwe issues gold coins in an effort to reduce inflation. 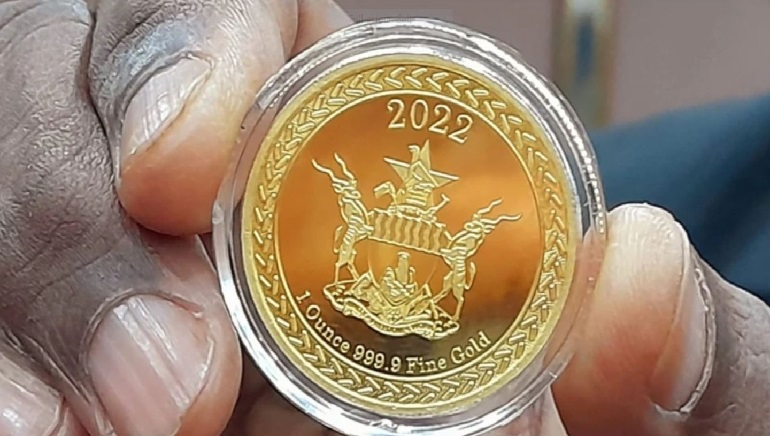 Zimbabwe issues gold coins in an effort to reduce inflation.

On Monday, The Reserve Bank of Zimbabwe announced the move, disbursing 2,000 coins to commercial banks. In an effort to curb inflation, Zimbabwe has launched gold coins to be sold to the public. One Mosi oa Tunya was priced at $1,824 at the time of the introduction.

According to the central bank, the Mosi-oa-Tunya coins, which refer to Victoria Falls in the Tonga language, will be a liquid asset, which can easily be converted into cash and traded locally and internationally.

It will take 180 days from the date of purchase for holders to be able to trade the certificates for cash. According to the announcement, individuals and companies can purchase them from authorized outlets like banks and keep them there or take them home. Foreign currency is the only currency that can be used to buy coins by foreigners.

Reserve Bank of Zimbabwe governor John Mangudya said that the first batch of coins was minted outside the country, but they would eventually be produced locally. He further added that the 22-carat coins may be used as collateral for loans and credit facilities as well as for purchases in stores, depending on whether the store has adequate change. Meanwhile, their cost will be decided by the price of an ounce of gold on the world market plus 5% for coin production expenses.